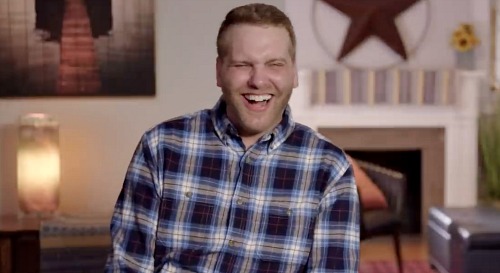 In case you’re new to the franchise, 90 Day Fiance: The Other Way tracks six American citizens as they leave the United States and head to other countries all for the sake of love. The series places particular emphasis on the culture shock that the Americans face as they adjust to their new environments. The cast includes two returning couples from season 1, as well as four new couples.

Jenny (61) is from Palm Springs, California, and Sumit (32) is from India, and they are returning from season 1. Jenny previously moved to India for Sumit during season 1, but she was shocked to find out that Sumit was already married to someone else in an arranged marriage.

Now, Sumit is promising to divorce his current wife and Jenny is going back to India to try again, but the sneak peek video shows that drama is on the way. Does Sumit really intend to divorce his wife? Jenny wants to see paperwork that the divorce is in process, which seems like a pretty simple, straightforward request. Is Sumit really telling the truth?

Deavan (23) is from Salt Lake City, Utah, and Jihoon (29) is from South Korea, and they’re also returning from season 1. Deavan, her two kids, and her mother are making the trek to South Korea so that Deavan an Jihoon can be together. But according to the sneak peek video, intense problems are coming, as at least one member of Jihoon’s family gets instantly jealous of Deavan.

The sneak peek video also shows Jihoon blowing up at a family dinner and leaving in a huff. It certainly looks like there will be some big issues for them to work out, perhaps including some anger issues on Jihoon’s part.

Brittany (26) is from Palm Beach, Florida, and Yazan (24) is from Jordan, and the two met via video chat and instantly fell in love. However, there are a few major problems. First off, Yazan is a devout Muslim and Brittany has no interest in converting to Islam. In addition, Yazan’s family is conservative, while Brittany is described as having a provocative nature. It could be a total recipe for disaster.

And then there’s the issue of living arrangements – Yazan’s family won’t allow Brittany and Yazan to move in together until they are married. That’s bound to cause some friction, as is the fact that Brittany’s got a big secret that may threaten to destroy their relationship. What could Brittany be hiding?

Kenneth (57) is from St. Petersburg, Florida, and Armando (31) is from Mexico, and they met through a gay fathers’ support group. On the sneak peek video, Kenneth explains that he never dreamed that he would move to another country, but he decided to move to Mexico to be with the love of his life, Armando.

But the culture shock could be intense for Kenneth and Armando. “I’m just worried about our safety,” Armando says in the sneak peek video. “People in Mexico are still homophobic.” And to add to the couple’s problems, Armando’s family doesn’t accept his sexuality and doesn’t yet know about Kenneth.

Ariela (28) is from Princeton, New Jersey, and Biniyam (29) is from Ethiopia, and the two fell in love when Ariela went on a trip around the world and met Biniyam. Ariela ended up staying in Ethiopia for a while, and soon learned she was pregnant. Now, Ariela is going back to Ethiopia to have the baby, but she and her family are nervous about the healthcare conditions under which she’s going to be giving birth.

Ariela and Biniyim are shown in the sneak peek video having an intense fight about living conditions, including the lack of bathrooms and kitchens, when Biniyam declares, “I’m done.” It looks pretty contentious, and one wonders whether Ariela will wind up actually having the baby in Ethiopia, or whether she’ll bolt before the baby’s born.

Tim (34) is from Dallas, Texas, and Melyza (29) is from Colombia, and they met at a bar when Melyza was in the United States working as an au pair. Afterwards, Tim and Melyza decided to date long distance, and the plan initially was for Melyza to move to the United States. But Tim did something to lose Melyza’s trust and her mother’s trust, so now he’s moving to Columbia. It looks like Tim has an uphill battle!

In the sneak peek video, Tim says, “Leaving a secure life is pretty crazy, but Malyza is absolutely gorgeous.” One wonders exactly what Tim did to lose the trust of both Melyza and her mother…could he have cheated? We’ll see what unfolds here.