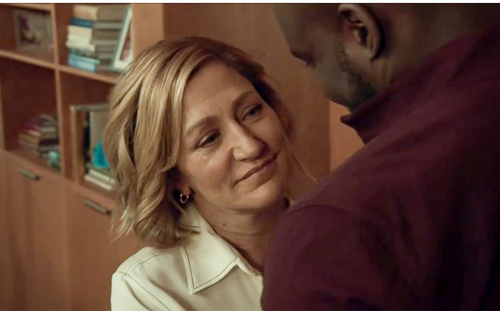 Tonight on CBS their new crime drama Tommy returns with an all-new Thursday, May 7, 2020, season 1 episode 13 Finale called, “Cause Of Death,” and we have your Tommy recap below.  On tonight’s Tommy Season 1 Episode 13 recap as per the CBS synopsis, “Tommy and her inner circle fight back against an LAPD and city government conspiracy to have her removed as police chief.”

Tonight’s Tommy season 1 episode 13 looks like it is going to be great and you won’t want to miss it.  While you’re waiting for our Tommy recap make sure to check out all our TV recaps, news, spoilers & more, right here!

The mayor recording footage for a press conference, says this has been a difficult week in law enforcement. Abigail “Tommy” Thomas who he appointed as Chief of Police just a few months ago, has been removed from office on the recommendation from the city’s ethics commission. Doug walks in and throws everyone else out, and asks him what the heck happened, Tommy was not supposed to be let go. Doug says she has always been a thorn in his side. He says he is now on his third chief in months, this is ridiculous. The mayor says he knows she was set up and asks if Jonathan Lovell had anything to do with it. Basically Doug laughs at him and says this is exactly how things run and he knows that.

Tommy is at home with Abner, Ken, Blake, and her daughter. Ken says they have to find out why Santos lied. Tommy wants nothing to do with it, she says she is done.

Jonathan Lovell and Len Egan to Donn Cooper’s office to congratulate him on his promotion. He says he is just filling the chair until the new Cheif arrives. Lovell and Egan say they want him as their chief. Cooper asks what is the cost. They want him to share their vision on how the department should be run. Egan tells him that he is respected by every division and the job should have been his years ago. Cooper asks them if either of them knows a journalist named Vincent Siano, they say the name doesn’t ring a bell.

Abner finds Santos and asks him if he feels good lying about the chief like that, asks him who is paying him then calls him a lying scumbag. Santos says he has nothing on him, the boss is going down and he should get used to it.

Michael stops by to give Tommy some support, she says she is done being a copy but she will still hang around awhile.

Ken and Blake tell Donn that Tommy says she is done. He tells them there are powerful sources at work here and they should stay in their lane. Donn says he will open up a missing person for Vincent. Blake and Ken walk off, she tells him that she doesn’t trust Donn and she thinks they should get out of their lane.

Abner goes to see Donn and tells him they need to look harder at Santos for lying about the chief. Abner asks him if he is ok with the lie that got the chief thrown out. Donn says that first the boss has to want her job back and from what he heard, she doesn’t.

Michael is still with Tommy, they are drinking coffee. She tells him that cops look differently at woman, it has always been hard. He tells her marriages are hard to, there’s was and they are still friends. He says he doesn’t care about the LAPD, but he knows she is a fighter and doesn’t deserve what they did to her.

Blake thinks she might be still followed by that man who threatened, she comes up with a plan with Ken, to lure the man in by sending false texts. She thinks he has hacked her phone and the texts will gather his interest and he may show up again. Blake thinks he is connected to Vincent being missing.

Tommy’s daughter has a heart to heart with her and tells her that nothing she decides will change the way she loves her.

Blake and Ken lure the guy out, but he sees them taking pictures of him and goes to there car at gunpoint and destroys the camera. He goes leave and pulls out of the parking spot when he does a huge eighteen-wheeler doesn’t see him and smashes right into him. The guy was killed on impact, Donn is on the scene and he tells Ken and Blake to go home. Abner is there with Tommy, she asks to speak to Donn.

When they are alone, he tells her that the dead guy is Howie Ford, an ex-cop with a bad reputation. Ford and Egan worked together. He goes on to say that Egan and Lovell told him she was going down before she did, and asked him if he wanted the chair. He tells her he is sorry for not telling her sooner. She says she is seriously pissed off about what they did. She asks him if anyone has ever appealed to the ethics committee and won.

Santos is in the car with Egan, he tells him that he told him there was a problem. Egan calls Lovell and tells him that Ford is dead, the police have the car and whatever was in it. And, Cooper and Thomas just had a sit down they are not out of the woods.

Donn calls Blake, Ken, and Abner in his office, he says he spoke to the chief, and here is what she wants them to do. He says they are doing DNA on Ford’s car to see if Vincent was in it, in the meantime, lay low.

Tommy goes to see Lovell and tells her there was a false accusation made against and wants to know if he was behind it. He says no, he has done nothing that he has to answer for. He tells her that he agrees with the fact that she was let go. She thanks him, she now knows what she has to do, get her job back so she can put him in jail.

Abner goes to see Ms. Wilson, Edward Wilson’s sister. He tells her that there is another case that touches on her brother’s case. She says he had a pretty hard life, addiction put him on the street but he was turning his life around towards the end of it. She says Edward dropped out of sight, and a detective showed up and said Edward’s body had been found, a victim of a serial killer. There was one thing, Edward spent all his time on the west side, and she can’t figure out why he ended up at Crenshaw. Abner asks which detective, she says Egan.

The mayor tells Tommy what happened to her is a travesty. Tommy asks for his help, she says she thinks this goes back all the way to Arturo Lopez. A journalist, Vincent, was looking into the murder, he dug something up about Jonathan Lovett, he disappears. She starts looking into that and she is fired. If she can figure out the connection, she can crack this thing wide open, and get her job back. She asks him who he is mayor for, the city or Lovell because he got her fired and is now naming her successor.

She tells him to ask his deputy mayor, he knows all about it, Doug is sitting right there beside the mayor. Tommy leaves. The mayor asks Doug what is this about Lovell appointing a new chief, Doug tells him not to worry he has it under control. Then he asks Doug if Lovell had a journalist killed in his city. Doug tells him that if he flips on Lovell he won’t go quietly, he will come after him. And God helps him.

The mayor catches Tommy in the hallway, he tells her that Arturo was the master of the building codes, if you had substandard construction work that you needed to be approved, you would go to him. A few years back there was some trouble with a development on the west side, Sunset Palace, Lovell helped to fund it. He is not sure what happened, but Arturo helped Lovell with something. Then he says he hope this helps, because it may have just cost him his job.

Tommy is with her team, they recount what they think happened to Vincent. Donn calls Tommy, the lab found Vincent’s DNA in Ford’s car, he was in there. Tommy asks to see the coroner’s report for the fire victim, Jacob Fulton is the coroner, he did the ID for Wilson. They head to the morgue to look at the fire victim.

Dr. Fulton walks in, Donn tells him that they are ordering a second autopsy and if it is Vincent, he is going to be an accessory to murder. He tells Donn and Tommy that his son has cerebral palsy, he needed the money, Egan brought the body to him and he has no idea who he is. Tommy asks if Egan came to him before for another victim, Wilson. Dr. Fulton says yes, he had to make the corpse look like it was from the serial killer at the time. He says the body looked like it was crushed in a building, there was dust all offer it.

Egan calls Santos, he says it is every man for himself now. Egan grabs his gun and his suitcase, he opens the door and Donn, Tommy and the police are there for him.

Tommy has Egan in custody, she tells him the whole story as she knows it. Egan tells her that she can’t put anything on him, the guy they want is Ford and he is dead. Tommy says she read his book, the one he gave her, he was a first-rate detective. She says she is like him, they are not cops anymore, but if you are a cop, you are a cop. They both know he is going to prison for the rest of his life. He has a choice, he can be a cop one more time, let the cops in his squad remember him for who he is, or be another scumbag in prison. He leans over to his lawyer, who says ok.

A warrant is issued for Santos, although he is still at large.

Doug goes into the mayor’s office, he tells him that people now think he is a snitch. He tells Doug that they have been together a long time, and he wouldn’t be in this position without him, he is fired. He says he doesn’t want to hear it anymore, he is not going to be that type of politician.

Tommy is at headquarters, she enters a boardroom where Lovell is and she tells him that she told him they would see each other again. Lovell hands over his passport as a good faith that he won’t leave the country. As Lovell is leaving the precinct, Santos walks in and shoots him dead, Abner pulls out his weapon and shoots Santos dead.

The mayor stops by to see Tommy, he tells her that it was a hell of a way to come back to the job. He says it took him a while to see it, but he thinks they make a really good team. The department of justice calls Tommy, they want to open a case about the mayor.