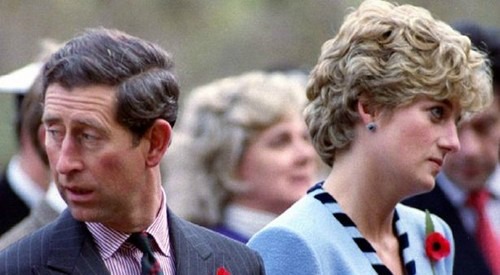 The British Royal news says that according to a published report, Queen Elizabeth may have known from the beginning that the marriage of Prince Charles and Princess Diana would not last. And the Queen may have in fact played a key role in the divorce of the couple, as she was concerned that their inability to get along would impact the Royal Family’s image. Prince Charles and Princess Diana were officially divorced in 1996.

Well, according to a report in Express, Quenn Elizabeth was keenly aware from early on that the marriage between Charles and Diana wouldn’t last. The magazine claims that the Queen doubted that the marriage would survive because of Prince Charles’ age and the fact that he seemed very set in his ways.

The magazine cited a source who said: “The Queen thinks that one of the reasons Charles’ marriage to Diana didn’t last was because he waited too long. At 32, he was too set in his ways.”

Of course, it is well-known that by the time Prince Charles and Princess Diana became engaged, Charles was facing immense pressure to find a wife. Charles first dated Diana’s older sister, Sarah McCorquodale, but later turned his attentions to Diana after the couple met in 1980.

Diana, who was 19 years old at the time, is said to have approached Prince Charles to express her heartfelt sympathies for the loss of his mentor and confidante, Lord Louis Mountbatten. Lord Mountbatten was Prince Philip’s uncle and had been killed in a terrorist attack the prior year.

Diana is said to have told Prince Charles: “You looked so sad when you walked up the aisle at Mountbatten’s funeral. It was the most tragic thing I’ve ever seen. My heart bled for you when I watched. I thought, ‘You’re so lonely – you should be with somebody to look after you.’” Six months later, Charles proposed to Diana.

Well, whether Queen Elizabeth is right in her assessment of why Prince Charles and Princess Diana’s marriage ended in divorce is open for debate, but it’s likely simply one of many reasons that the couple grew apart and things got so tense between them.

At any rate, there’s no doubt that people will continue to have strong feelings about what happened in the marriage of Prince Charles and Princess Diana, and the debate will continue. Be sure to keep CDL bookmarked for all the latest British royals news and updates. We’ve got you covered!