Who Plays Camilla Parker-Bowles in Diana: A True Musical Story? 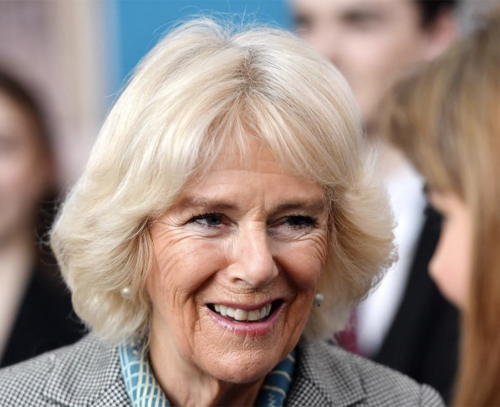 Diana: A True Musical Story is an upcoming Broadway stage production. Although it will focus on the life of Princess Diana, there will be other characters central to the story. Those include Queen Elizabeth, Prince Charles and of course, Camilla Parker-Bowles, who is now the Duchess of Cornwall. Who will play the controversial public figure? Has the synopsis been released? What else is known? Keep reading for all the details.

What is Diana: A True Musical About? – The Broadway musical obviously centers around Princess Diana, but will also involve other members of the Royal Family. It will chronicle her life from when she first became part of the Royals, how she changed how they are perceived and her life throughout. This includes her marriage to Prince Charles, which ended in divorce. Part of the synopsis reads,

“This is the story of the most famous woman of the modern age as she struggles to endure a spotlight brighter than any the world had ever known. Leading fiercely with her heart, Princess Diana stood up for her family, her country and herself.”

Which Royal Family Will Be Portrayed? – Princess Diana will be portrayed by Jeanna de Waal. According to pictures posted by Express, the stage actress is the spitting image of her. Judy Kaye has been cast as Queen Elizabeth II and Prince Charles will be played by Roe Hartrampf.

Other people from Diana’s life will also be a part of the musical. These include her Edward “Johnnie” Spencer, Barbara Cartland and James Hewitt, who claim to have had an affair with the princess. There will also be a young Diana, Andrew Morton, butler Paul Burrell, and a royal biographer.

Who Plays Camilla Parker-Bowles? – It is reported that Erin Davie will play the Duchess of Cornwall. How she will be portrayed in the Broadway musical isn’t known yet, though.

Camilla has been a topic of controversy ever since she was identified as Prince Charles’ mistress. Some blame her (as well as Charles) for the destruction of Diana’s marriage. However, there are others that have been more forgiving. The latter cite that they were romantically involved years before either of them wed other people and weren’t allowed to marry.

Be sure to catch up on everything happening with the Duchess of Cornwall right now. Come back here often for Camilla Parker-Bowles news, updates and rumors!