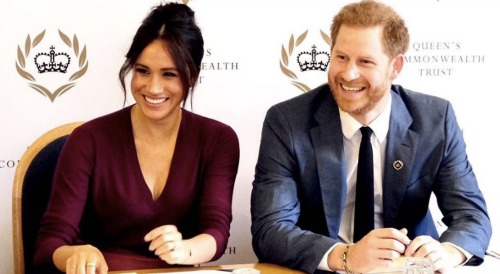 The Harry Walker Agency also represents Barack and Michelle Obama, Bill and Hillary Clinton, and Venus and Serena Williams, among others. It’s widely expected that Prince Harry and Meghan Markle will be able to earn top dollar for their engagements as they give keynote and motivational speeches to various organizations.

But what are Harry and Meghan going to speak about when they do get out there and start making public appearances? Well, the editor-in-chief of Majesty Magazine has recently weighed in on the matter, saying quite bluntly that “no one wants to pay to hear them sounding off about gender equality and the environment.”

One wonders if the royal family is thinking about all of this. After all, the Majesty Magazine editor is probably right. While audiences may tolerate Harry and Meghan talking a bit about issues that are important to them – which right now appear to be environmental issues and racial/gender equality – there will probably be some expectation that they’ll talk about their lives as royals and perhaps even why they stepped away from their roles as senior royals.

Maybe Harry and Meghan are thinking that they won’t have to talk about the royal family, but the reality of the situation may be otherwise. And you have to imagine that Queen Elizabeth and the rest of the royal family are wondering about what Harry and Meghan could spill as they are in front of their audiences and feeling the pressure to share anecdotes about the family.

Even an innocent anecdote could cause the royal family some embarrassment here and there. Then there’s the possibility that Harry and Meghan could talk about things that the royal family would rather just keep quiet. All this must surely be weighing on Queen Elizabeth’s mind.

At any rate, now that Prince Harry and Meghan Markle aren’t constrained by royal protocol, who knows what they’ll divulge in their speaking engagements. It will be interesting to see how this all unfolds, and whether it causes the royal family undue angst. Be sure to check back with us for more British royals news and updates. Here at CDL, we’ve got you covered!