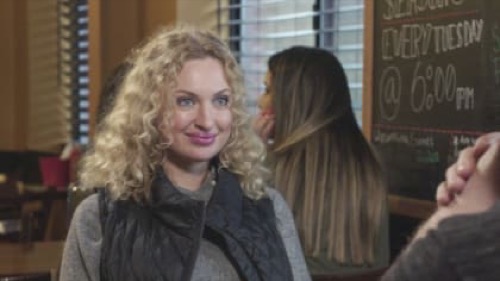 Tonight on TLC their popular reality show 90 Day Fiancé premiere with an all-new Sunday, January 3, 2021 episode and we have your 90 Day Fiancé recap below for you. On tonight’s 90 Day Fiancé season 8 episode 5 “Who’s The Boss?,” as per the TLC Synopsis “Brandon’s parents disapprove of their wedding date. Rebecca rushes to get settled in a new home. Stephanie reveals her financial agreement with Ryan to the family. Yara and Natalie have trust issues with their partners. Tarik fails to convert Hazel.”

So make sure to tune in tonight between 8 PM – 10 PM ET for our 90 Day Fiancé recap.  While you wait for our recap make sure to check out all our television spoilers, news, recaps, and more, here!

Brandon is headed to work. Julia will be home alone on the farm. He is nervous to leave her. He is also upset they cannot share a room. Later, Julia wakes up. She is lonely. She heads out to collect eggs and freaks out. She is new at this. Aspen, a family friend arrives to help her on the farm. She notices Julia woke up very late. Julia hates mornings. In Russia, she sassy up until morning and sleeps until noon.

Julia has to feed the pigs. She screams in the pen. She is afraid of them and it is muddy. This isn’t going to work for her. She needs to leave.

Stephanie loves working at her two medical weight loss facilities. She has her cousins come in to see her. She has helped one lose weight and now the other cousin wants to lose weight. They end up talking about Ryan and their engagement. They are worried about her and her finances. She reveals how she is sending money to him and his family. She also reveals that she is paying his wages. The cousins are shocked. Stephanie tells them this is her life. She will do what she wants.

Yara is excited that her new rug came in. It makes Jova’s apartment look better. He is trying to help her. She hates New Orleans. He also needs to go away for a month for work. He doesn’t want to leave her. He gives her a new iPhone. Now she is happy. Meanwhile, Natalie and Mike are trying to work through their issues. She just arrived a few days ago but he needs to work. He is trying to make her comfortable. She seems scared of everything.

The next day, Natalie is home alone. She has trouble doing the laundry. She cannot figure out what is bleach and softener. She video chats with a friend. She vents. She doesn’t trust Michael completely yet. They need to work on some things.

Hazel has arrived in thee US. Tarek is excited. He takes her out for breakfast. She thinks Americans eat breakfast that is too sweet, salty and greasy. She is going to get chubby, she laughs. Tarek talks about marrying at a meditation center. She thinks this is too soon to discuss and she also wants to marry in a church. They talk about her meeting his autistic daughter. Hazel is nervous. She wants them to get along. She will try her best.

Rebecca tries her best to make a studio apartment look homey as Zied is set to arrive last minute. She decided against moving in with her daughter and her boyfriend. She is nervous Zied will find out she used to live in the same apartment building with her ex. She also worried he might not come Becker he was upset about making his mom sad.

Julia waits for Brandon to come home from work. She needs to tell him this is all a bad dream. She is tired after feeding pigs and working on the farm. He talks her into going out to eat with his parents. She is annoyed.

Michael takes Natalie out to dinner and to stay the night at a hotel. He orders wine and steak at dinner. She doesn’t drink and is a vegetarian. She is also religious and he is not. She asks him to not eat meat ever other week. He agrees to the challenge. He thinks she is pushy but he is trying.

Tarek brings Hazel to his cultural center. She looks around and says she doesn’t want to get married there. He tries to talk her into it. She is adamant they must marry in a church. He brings her on a tour, showing her crystals and the stained glass windows. He brings her outside to walk and meditate. She still looks unhappy and unsure.

Brandon and Julia head to meet his parents and grandfather at dinner. His grandfather is a little nervous for Brandon. He wonders if he is being used. He believes Russian women like to come to the US for opportunities and promise sex and love and more but then find themselves in trouble.

Brandon’s parents notice Julia has not bite marks on her neck from Brandon. Things get embarrassing. They wonder when this happened. His dad tells him to grow up. He is 27. They continue to argue, this time about their wedding date choice. It is the same day as Mother’s Day. Brandon sticks with the date to make Julia happy. His mother is not happy about this. She tells them they need to think about it. Julia is sick of them telling her what to do.

Zied heads to the airport with his family and some friends. They are all very sad. They don’t think Rebecca is as committed and they don’t want to see him go.

Michael brings Natalie to see a bear waterfall. She is very happy. He picks her up on his shoulders so she can see better, She takes video, laughing and smiling. After, she gets annoyed he brings her to a brewery. He then orders brisket which makes her mad. He promised her he would accept the challenge. He tells her he wants to start next week.

She brings up their wedding. She wants to decide a date. He tells her it is too soon. They get a root beer float. She freaks out that it has beer in it. He reassures her it has no alcohol in it. He doesn’t want to marry her if she doesn’t trust him and things always have to be her way.

Yara and Jovi go out to eat. She is upset he is leaving and when he gets back they have only 45 days to marry. He tells her his mom is going to check on her while he is gone. She just wants friends, especially friends her age. He talks about staying in New Orleans and settling down. She gets upset. She doesn’t want to deal with his work schedule. She starts to cry. She brings up how she was pregnant last time and he left her. She lost their baby and had to have an operation. Is he going to leave her again? He brings up how she lost her pasport. He didn’t know all of that would happen.