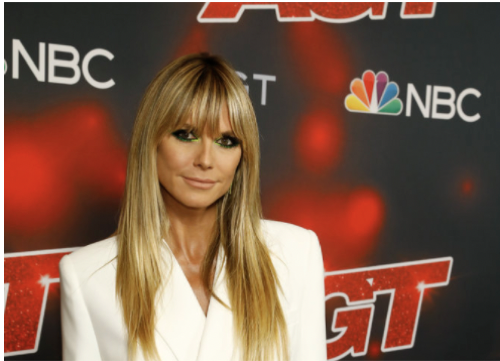 Tonight on NBC America’s Got Talent begins with an all-new Tuesday, August 25, 2021, episode and we have your America’s Got Talent recap below! On tonight’s AGT season 16 episode 10 “Judge Cuts 3″, as per the NBC synopsis, “Ellie Kemper joins the panel of judges as they send an act to the live shows.”

In tonight’s America’s Got Talent episode, it’s the Results Show! Twelve acts performed last night. The stakes had been high and so had been the pressure. However, tonight changed everything. Tonight it was revealed which seven acts went through to the next round. Seven out of twelve is more than half. The five acts that were eliminated will surely not be happy about going home so soon but they each had their shot and they were judged for it. America voted. The bottom three acts were Michael Winslow, Storm Large, and UniCircle Flow. The last one had been a bit of a surprise. Everyone had loved their performance and they thought it was an improvement over their audition. It was also something they had never seen before on a show that’s pretty much-seen everything.

UniCircle Flow was a unicyclist act. They had looked great and the judges had enjoyed it. The judges were usually a fair judge of America’s voting system yet even they were shocked by the bottom three. Storm Large hadn’t been a surprise. No one really cared for her rendition of an 80s classic song and she had only gotten through to the live shows as a Wild Card. Michael Winslow was a toss-up. The judges liked him. The audience liked him. His performance just wasn’t as good as his audition and Simon was naturally the first person to point that out. There also wasn’t much of an area or specialty for him. Like people wouldn’t know what to name what he does. They would therefore have a hard time seeking him out and there wouldn’t be people begging to see him in Vegas.

The first round of elimination was for Rialcris and Klek Entos. The winner of that round was Rialcris. The South American trio won over fans with their shirtless act and all the while Klek creeped people out. He did it with his act the other night. Simon even pressed his reject button when he had been forced to watch it and he was a good judge of the way things would go. The next round was between Keith Apicary and Léa Kyle. Both weren’t for Simon. He hated Keith’s act and he thought Léa’s was a bust. But between them, Keith didn’t even pretend not to know where things would go. He was pointing towards Léa the whole time. She eventually won their round and Heidi had been happy. Heidi gave Léa the Golden Buzzer.

The next round was between ChapKidz and the Curtis Family C-Notes. This one was also pretty clear. The family band had sounded like a 70s cover band or worse. Like a wedding band. They didn’t sound like a band people would go see perform and so they didn’t win their round. Their round went to ChapKidz. The next round was between ANICA, Brooke Simpson, and World Taekwondo Demo. There were two winners in this round. The first winner was Brooke Simpson. She gave a great performance. Her performance last night was actually better than her audition and Simon said she has grown in confidence and in style. Brooke has an amazing future. She’ll go far in the competition if she keeps doing what she’s doing.

The second winner of that round was World Taekwondo Demo. Team. They had been Terry’s Golden Buzzer and he had been proud when they made it to the next round. He had loved seeing this act in action and the judges felt the same. They couldn’t wait to see what else the group can do. But sadly ANICA was eliminated. ANICA was the rocker and she had three out of the four judges singing her praises. She just couldn’t get Simon on her side. Simon wasn’t a fan from day 1 and nothing has changed since then. There were also performances tonight. There were was a stellar performance from Shin Lim. He was the card magician who not only won “America’s Got Talent” but he also won “America’s Got Talent: Champions”.

It was always great to see Shin Lim. He dazzled everyone with his performance and he got to play off tonight’s other performer. He performed with music from Lindsey Stirling. She was another AGT alum and an incredible violinist. Together, she and Shin Lim were great. They gave a wonderful performance and then came the remaining results. Michael Winslow won the Instant Save. He was so happy that he told everyone what his heartbeat sounded like tonight and it sure sounded nervous. With Michael winning America’s save, it was now up to the judges to save either Storm Large or UniCircle Flow. And the judges voted to save UniCircle Flow with the votes being overwhelmingly UniCircle Flow.