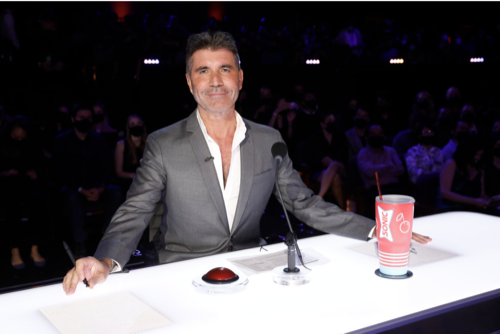 Tonight on NBC America’s Got Talent begins with an all-new Wednesday, September 1, 2021, episode and we have your America’s Got Talent recap below! On tonight’s AGT season 16 episode 16 “Semi-Finals Results 1″, as per the NBC synopsis, “Five acts will move on to the finals. Viewers can send their favorite performer to the next round by using the “America’s Got Talent” Official App or going to NBC.com to vote.

It was downright shocking that they ended up in the bottom and the judges for one were ticked off. They said America didn’t vote. America still has a chance to change the lives of one of the acts by putting them through with an Instant Save and the Instant Save will be going on until the very end of the episode and the very end of the recap. Besides being shocking, the episode had wonderful performances.

First up was Ben Platt. He performed his song “You Will Be Found” from his upcoming movie “Dear Evan Hansen” and the movie, as well as the soundtrack, was quite special. Not to reveal too much info but the movie holds an important message about getting help while dealing with depression and the soundtrack sparks feelings of joy and hope.

After the performance, there were the first rounds of eliminations. The first round had Gina Brillon, Beyond Belief Dance Company, and Tory Vagasy. Just one act could make it through and America voted for Gina Brillon. She was the comedienne who won a standing ovation and she was very funny. She had everyone in stitches with her performance yesterday.

Next up there was a sweet moment with a young magician who got to meet his idol. He got to meet Shin Lim. There was also a performance from Preacher Lawson. Preacher is an American comedian. He is known for being a finalist on the 12th season of “America’s Got Talent”. He returned for “America’s Got Talent: The Champions”, where he finished in 5th place overall. Preacher was one of the funniest people alive. He also wasn’t afraid to mock himself and so he did just that with his performance tonight. Preacher made fun of his name. Names in general. He also mocked everyone he could. Preacher had everyone laughing. He was just what was needed during a stressful night and the night just increased in drama. The next round of eliminations happened. It was between Aidan Bryant, Korean Soul, and Madilyn Bailey.

The winner of that round was Aidan Bryant. He was the teen aerialist. He put on a Las Vegas performance yesterday with his act and the judges were all proud of him for making it through. Aidan won his round but the fight wasn’t over. He still has to compete. He still has to up his game. Aidan thanked everyone who supported him during the voting and the eliminations continued. The next round was between Dustin Tavella and Peter Rosalita. One was a singer and the other a magician. It was a tough call but tonight is turning out to be a tough night for singers because Dustin was the one who won that round. The magician was a great storyteller and he kept everyone enraptured with his act.

The Instant Save was over. The winner of the act was announced and America used their Instant Save to save Jimmie Herrod. He was the only singer to survive eliminations tonight. He was also a brilliant singer and even Simon said so. The same Simon who practically hates everything. But the day wasn’t over. It was now down to Michael Winslow and World Taekwondo Demo.

Team for the final spot left. The judges were the ones who got to decide tonight and they were given the options of two very different acts. There was Michael Winslow who could voice any object, event, or animal. Then there was World Taekwondo Demo. Team. They did incredible karate moves and they also pushed an important message about self-care and believing in oneself. And so the winner of the judges’ vote was World Taekwondo Demo. Team.

The judges believe this act will translate well in Las Vegas and that’s why put them through.