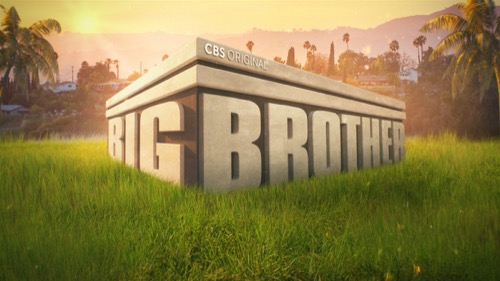 Tonight on CBS Big Brother 22 airs with an all-new Wednesday, July 7, 2021, episode and we have your Big Brother 23 recap below! On tonight’s Big Brother season 23 episode 1 “Premiere,” as per the CBS synopsis, “Strangers living together in a camera-filled house attempt to win $500,000 by being the last one standing after three months of confinement. 16 all-new Houseguests who will embark on the 23rd season of the series when they move into the “BB Beach Club”

The episode begins with Julie Chen Moonves welcomes everyone to the BB Beach Club and the live season 23 of Big Brother. Sixteen strangers will move in with one goal in mind, to be the last one standing. Inside, 94 cameras and 113 microphones will capture their every move. It’s a game of skill, strategy, and social manipulation where each week they must evict one of their own. It’s a new era of big risk, big rewards, and the biggest cash prize in BB history.

Here are the first four men; Travis Long is from Honolulu, HI and he is a start-up sales consultant who spearfishes for his dinner and enjoys island boy life. Derek Frazier is from Philadelphia, PA and he is a global safety assistant. His father was “Smokin’” Joe Frazier, a famous boxer. Brandon “Frenchie” French is a farmer from Clarksville, TN, he is married with three kids who calls himself a super fan and strategist. Xavier Prather is an attorney from Milwaukee, Wi, he decided to become a lawyer to help people, he is single and wants to avoid a showmance. The four men are told to go in and head right to the backyard where they will compete in their first competition.

The game is already starting, it is a Kick-Off Competition, at stake, two huge rewards for the winner. If they win, they will be able to change the course of the game. Second, if they win they can also compete to be HOH later in the evening. The HOH is the most powerful position in the house. Next to them are travel posters advertising the BB Beach Club, but they are not quite correct. On Julie’s go, they must rearrange the plexiglass images on their stand so when they look through it matches the image on the easel behind it. There are five pieces of plexiglass in the puzzle. Frenchie is the winner who has won the first competition.

Next, the first four women move in; Azah Awasum is from Baltimore, MD, and works in tech. Her grandfather had six wives and her father is one of 47, so she has over 300 cousins around the world; she is a pastor’s child that’s a little bit boy crazy and she has vowed no showmances. Britini D’Angelo is from Niagara Falls, NY and she is a kindergarten teacher, she is a three-time champion with a black belt. Alyssa Lopez lives in Sarasota, FL and people just assume she is a pretty face but she just launched a swimsuit company, she moved out at 17 and can relate to people, but she can’t keep her mouth shut. Whitney Williams is from Portland, OR and she owns a freelance hair and makeup company, she has been a single mom for five years, she is doing the show to provide for her children and admits she has horrible taste in men. The women are also told to go to the backyard where they will battle in their first competition.

Azah says she doesn’t want to win the first competition because she intends on targeting the person that wins. Whitney wins the competition.

The third round of four is ready; Kyland Young is an account executive from Venice Beach, CA and he says he learned a lot of his work ethic from his grandfather, he embraces every corner of life. Christian Birkenberger is a general contractor from Harwinton, CT, and lives with his parents and he says he is single and believes a showmance is going to happen, girls love his curls. Derek Xiao is from NYC, NY, and is a start-up founder and he is super nerdy, extremely competitive. Brent Champagne is from Cranston, RI and he is an international flight attendant who loves to travel, he has a competitive nature and plans on toning it down so there is not much attention on him.

This third round of 4 enters the Big Brother house and heads to the backyard for the competition. Christian is the winner.

The last round of four are; Sarah Beth Steagall from Ft. Meyers, FL and she is a forensic chemist who is an accomplished seamstress and loves Anime, she thinks people will think she is sweet. Hannah Chaddha is from Chicago, IL, and a graduate master’s student who really likes school, her mom is from South Africa and her dad from India, she plans on just saying she is a student. Claire Rehfuss is from New York, NY and she is an artificial intelligence engineer and she loves the strategy of Big Brother, she wants to be in an all-woman alliance. Tiffany Mitchell is from Detroit, MI and she is the CEO of her own company, she travels around and takes people’s blood, she is a single mom and plans to win all the physical competitions – she is a super fan.

In this HOH competition, the four teams will play against each other and the captain will become the first HOH of the season. The good news for the winning team, any time a member of your team becomes HOH, the entire team is safe for the week. This competition is called House of Cards where they must build a house of cards. The team that comes in last will be the Have Nots for the week; endure cold showers, eat slop and sleep in the most uncomfortable room in the house. That was fast, Frenchie does it, the Jokers have won. The Kings are all Have Nots for the week, they came in last.

Julie tells the houseguests that the winner always wins a half-million dollars for making it to the end, but not this summer, it is going to be seven hundred and fifty thousand dollars. However, there is another huge reward that could be handed out tonight. Frenchie, as HOH, is offered to have his team safe for two weeks. There are two dice and if he can land them on a platform, they are safe for two weeks. If he misses, he is no longer HOH, Claire will be HOH because her team came in second and his team will all be available to be nominated for eviction. Julie tells him to think it over, is he willing to put it all on the line for two weeks of safety. Frenchie doesn’t want to play, he wants to keep his HOH. Just for fun, Julie tells Frenchie to throw the die, and he does it, he would have won safety for him and his team for two weeks.