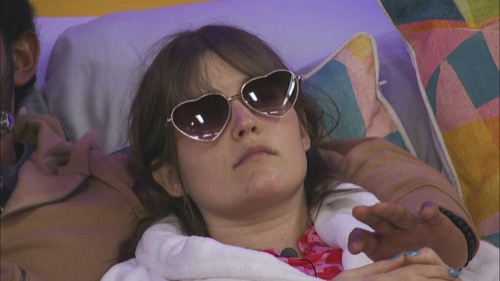 Tonight on CBS Big Brother 23 airs with an all-new Sunday, August 25, 2021, episode and we have your Big Brother 23 recap below! On tonight’s Big Brother season 23 episode 21 “PoV and Ceremony,” as per the CBS synopsis, “Tonight on Big Brother it is PoV night, and Sarah Beth is hoping that she will be able to backdoor Derek X. Following the competition we will have the PoV ceremony.”

In tonight’s Big Brother episode, the episode begins with the aftereffect of Alyssa spinning the Roulette wheel and putting Xavier on the block. Xavier was working hard not to get nominated this season and now he is nominated, he knows that he has to win the POV to get out of this. Sarah Beth says this is perfect the Chopping Block Roulette power has been flushed out.

Derek X. goes to speak to Sarah Beth and asks her if she would want the Veto used, she says she just hopes she wins so she has options because she doesn’t know what she is going to do. Derek X. is frustrated, he feels like the biggest idiot on the planet, he should have played the wheel.

Time for the Veto meeting, Sarah Beth chooses Azah, Claire chooses Derek F, Xavier chooses Alyssa. In the domino competition, there is the VETO or prizes and punishments, the players have to choose what they want to play for. If they go for punishment, the domino route is faster. Alyssa is first and she wants to win, to take off Xavier and have a nice warm seat on the block for Derek X.

One player went for the prizes, $100 BB bucks and $7500.00, but the winner is not announced, but everyone knows it was Derek F. The Veto winner is Xavier, but he also got punishments, BB bankruptcy, strategy shut down, and a third nominee at the next nomination. Claire is devasted, she doesn’t want to be sitting near Derek X. on Thursday. Sarah Beth is happy, not she can put Derek X. up and send him home. Claire is in the shower crying, Derek X. tells her it is ok, she is good. Tiffany comes in the bathroom and she tells a crying Claire not to beat herself up. This is a tough situation for Tiffany, Claire, and Derek X. are the only two houseguests that she is close to outside the Cookout.

The houseguests work together to prepare kits for the Red Cross. Derek X. is starting to panic, he knows that if he doesn’t figure out something soon he is going to be backdoored. He comes up with an idea, convinces Sarah Beth to put Hannah up and Tiffany is ok with that, she is willing to lose Hannah over keeping Derek X. It’s a hail Mary, it’s crazy, but Derek X. doesn’t have any other options.

Derek X. goes to see Sarah Beth and promises her safety for two weeks if she doesn’t put him up. He mentions Hannah and Sarah Beth is intrigued. Sarah Beth does think that Hannah is a dark horse in this game and she wouldn’t be surprised if she was throwing competitions.