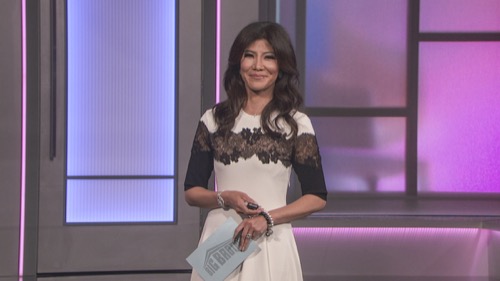 Tonight on CBS Big Brother 23 airs with an all-new Sunday, September 12, 2021, episode and we have your Big Brother 23 recap below! On tonight’s Big Brother season 23 episode 29 “HoH and Nominations,” as per the CBS synopsis, “Tonight on Big Brother it is another Head of Household competition.  Once the new HoH is named we will have this week’s nominations.”

In tonight’s Big Brother episode, tonight’s episode begins with six houseguests left and they are all a part of the Cookout alliance. Tiffany is thrilled that her alliance made it, she says it is because they stuck together. Azah says they have made history. Hannah is happy she could cry, she says it is surreal. She is 21 on her favorite tv show and made it to the final six, and a part of this historic season where a black person will win.

She didn’t like putting up Kyland, but she had no choice. Kyland was frustrated, but at the end of the day, Alyssa had to go home. Derek F. thinks it is amazing that they made it to the final six. Now, it is an individual game, and every man/woman for themselves – the Cookout is done.

Next, Hannah goes to speak to Kyland and apologizes to him, she doesn’t want to be his target. Meanwhile, Tiffany is Derek F.’s target. Kyland is making true final decisions on who he was to go to the end with, the best, and that is Xavier who also thinks that Kyland is good for his final two.

Time for the HOH competition and this is a high-stakes one. This competition requires the houseguests to be in cages and move the raw eggs through the wire mesh. This is a very long and tedious task, it is anyone’s game.

The game is hard, but Kyland has a strategy of where he drops the egg down from one hand to the other. Tifanny and Azah don’t have a chance, they have trouble rolling their eggs down the ramp. It truly came down to Derek F. and Kyland, with Kyland taking his third HOH this season. Derek F. is happy for Kyland, but he is sad that he didn’t win.

Kyland thinks he is in a complicated place. He is guaranteed to be in the final five, but it is tough to be the one to decide who to nominate in his alliance. Tiffany thinks Kyland is on her side and she feels pretty confident. Hannah is also confident, she thinks she can smooth things over with him, and neither she nor Tiffany will hit the block. Derek F. is frustrated, he wants to be a threat but he can’t win competitions. He has no idea how he is going to fight for his position.

Kyland puts Derek F’s worries to rest, he tells him that he is safe. Meanwhile, Xavier is thrilled, he made a final two with Kyland just before he won the HOH. Kyland tells Xavier that it makes the most sense to put up Tiffany and Hannah at this point. Tifanny goes to speak to Kyland and tells him that she want to make a final three with him, Hannah, and herself. She says Derek F. should go first, then Xavier.