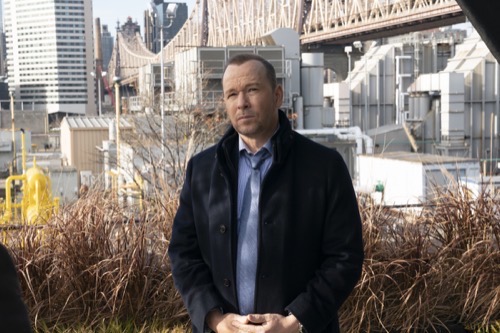 Tonight on CBS their hit drama starring Tom Selleck Blue Bloods airs an all-new Friday, January 22, 2021, episode and we have your Blue Bloods recap below. On tonight’s Blue Bloods Season 11 Episode 5 “Spilling Secrets,” as per the CBS synopsis,“Eddie and her partner, Officer Rachel Witten (Lauren Patten), are heralded for their bravery for stopping an active shooter, until a civilian comes forward to accuse them of faking the incident as part of a government conspiracy.

Also, Frank pries into a decades-long history of cash payments his father Henry has been making to an unknown recipient, Danny and Baez find themselves in the middle of a fierce sibling rivalry between two brothers as they investigate the murder of the men’s father.”

Frank is meeting with his accountant Melissa, who he thinks is holding back something that she wants to talk with him about. When her mom passed she went through all her files to get up to speed on her clients, including his father. He had been making monthly payments to someone, her files only go back twelve years, but she has a feeling it goes back longer than that. And, they were cash disbursements.

Ted Bradley, 58, runs a big ad agency for pharmaceuticals, he is dead and Danny and Maria are on the scene. Maria notices that there is a wallet and a Rolex just left in the open. Ted’s two sons show up, Danny tells them that he is dad. The two sons start to get into a fight, one tells the other, he cut you off again so you killed him.

Sean is at school, someone spray painted on his locker, ACAB, all cops are bastards.

Rachel and Eddie are walking down the street when they hear gun shots. Eddie calls it in, then they approach with their guns out. Inside a building, they find a woman on the ground, shot in the stomach. They hear more gunshots and follow them to a warehouse, Rachel ends up taking him down, he’s dead. Eddie checks on Rachel who looks pretty shook up after killing the guy, but she says she is ok.

Danny interviews Ted’s real son, who got cut out of his father’s will, he says he made mistakes but he loved his father and wouldn’t kill him. Danny and Maria visit Ted’s bank next, he made a large withdrawal, one hundred thousand the day before. The bank rep says the sons were in all the time with Ted, she calls them two ungrateful brats.

Danny gets a call from the school, he knows about the spray paint on the locker. Sean says its not a big deal, he is not taking the bait and they will just move on. Danny wants to get involved, Sean tells him that it is his business and he should butt out.

Henry is making dinner, Frank tells him that it smell delicious. Frank tells him about his conversation with Melissa, Henry says it is privledged information and it ends right now, it is his business. Henry tells him to back off and says he means it.

Eddie and Rachel are out grabbing a bite to eat, a man walks up to them and tells them that they must be kidding, a phony shooting and fake cops, they are being paid by the government to keep everyone scared, its crap, they are liars. Eddie tells him to calm down. The man freaks out, bumps into the counter and smashes some glasses on the floor, then leaves the restaurant. Eddie and Rachel try to run after him, but they lose him.

Frank is with Garrett, Sid and Abigail, he asks them how their relationships were with their dads. Sid says he wasn’t close. Garrett says his father is the very touchy feely type. Abigail says she was the princess. They figure out that Frank has a beef with Henry, Sid tells him that he is in a tough spot. Frank gives them a box and asks them to find out who rents it.

Sean is back at school, the outside of his locker is cleaned, now it is on the inside. Meanwhile, Maria and Danny are discussing the case, he says they should bring in the two brothers and let them go two to two.

Eddie got the guy from the restaurant’s ID. He is David Bolz, he had a DWI a few years ago. Eddie says he was delusional, then she reads the file and he is the father of the girl who died in the shooting earlier that day.

At Sunday dinner, the family can see the cold chill between Henry and Frank. Erin asks whats going on. Danny asks if they want to talk about it and they both say they are fine. Later, Frank and Henry are sitting in their chairs in the study, Frank tells him that he is truly sorry, he didn’t mean to pry. Frank says Alex Vanhelt. Henry says his partner says he had a gun but Henry initiated the stop, and for that, he put the man in a wheelchair for the rest of his life.

Frank says he died nine years ago. Henry says someone keeps opening that po box, someone who needs money. Frank is worried that it will get out and reflect badly on the department, Henry says it won’t. Henry says he is not good at putting his regrets in a box.

Danny and Maria call in the two brothers, Danny tells them to hash it out and the one that convinces them that he didn’t kill their father, can walk. Danny finds out that the father was texting someone a lot, both thought it was each other. Maria says they have the cell phone in evidence.

Eddie and Rachel got to visit Mr. Bolz, they see him walking out of the house with a framed picture of his daughter in his hands.

Sean goes to see Ms. Wilson, one of the teachers. He asks her how someone could spray paint the inside of her locker, when there is a combination and only the school and the teachers have access. He tells her that she teaches ACAB, she says looting broke out in her neighborhood, she realized the cops are not bad. She says she didn’t right it, maybe someone was near his locker when he was opening the locker door.

Danny and Maria go to the bank and arrest the bank clerk who withdrew the money for Ted, they read all the text messages and they know she did it. Danny tells the two sons they found their murderer, he tells them to take a positive out of this, they only have each other now.

Eddie and Rachel speak to Mr. Bolz, he still believes his daughter is alive. Rachel tells him that they know where she is, they will take him there.

Sean finds out that it is his friend who gave the locker combination to a bunch of girls who are in the ACAB group because she wanted to fit in.

Eddie and Rachel take Mr. Bolz to the morgue, and show him his daughter.