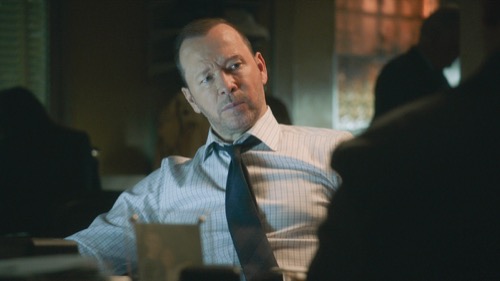 Tonight on CBS their hit drama starring Tom Selleck Blue Bloods airs an all-new Friday, April 2, 2021, episode and we have your Blue Bloods recap below. On tonight’s Blue Bloods Season 11 Episode 10 “The Common Good,” as per the CBS synopsis, “Frank asks Erin to liaise between him and NY Governor Mendez regarding policy reform he privately backs, but can’t publicly support, because it goes against police rank and file.

Also, Danny and Baez become enmeshed in the world of competitive gaming when a high-profile video game streamer is murdered, and Eddie and Witten suspect a live-in nanny is being abused after she approaches them on the street for help.”

The episode begins with a homicide, the victim’s name is Andrea Davis and both Dann and Baez are on the scene. The victim was found dead in the morning, the marks on her neck make it look like she was strangled. Danny and Baez go speak with Megan, she was in town with Andrea to go to a video game tournament.

Andrea is one of the most famous video game streamers in the world, they were there to compete – Andrea has millions of followers. They always stuck together because of all the men that are creeping into their business. They get creepy photos and notes.

Jamie is shooting hoops with Dion Williams when a couple of his friends walk in and call Jamie a pig. Dion looks at Jamie and asks why he wore that NYPD t-shirt.

Sidney, Garrett, and Abigail and talking about pensions with Frank. Sidney and Abigail leave the office. Frank tells Garrett the law has to be repealed and he doesn’t know how to do it.

Sean stops by the precinct and sees that his dad is working on the Andrea Davis case. Danny is not understanding the jargon, Sean helps him. He also knows about a lot of the gamers, Ralph Lamont, he is a big-time Esports commentator. He got into a lot of trouble last year, he went after Andrea physically and mentally, he had to publicly apologize and almost lost his job.

Jamie is back shooting hoops with Deon, but this time he doesn’t wear an NYPD t-shirt but takes out an NYPD basketball. Deon says he signed up for the program so he can stay in line, he wants no problems. Jamie asks about the guys that walked in, Deon says they belong to the Dead Twins gang. Jamie tells him to keep his ears open and let him know if he hears anything.

Janko and Witten are on street patrol when a woman is acting frantic in front of an apartment building. They ask her what is wrong and she says she is being abused by her boss and his family. Mike Daughtery comes out of the building, he says the kids were rambunctious and hit her, he is sorry and will speak to them. The woman changes her story and goes back into the apartment building with Mike.

Danny and Baez stop at the even to speak to Ralph Lamonte, he says he made amends with Andrea and they are holding a live memorial for her now, so he has to go. He tells them if they want anything else they can speak to his lawyers.

Frank and Garrett meet with Erin over lunch, she asks Frank what they are doing there. Garrett says they need a fixer. The government has pushed to clawback pension protections, they have a problem. She says she can’t help it, her boss supports it 100%. Frank says he supports it too, but he can’t be seen as he supports it, he has to stand with his cops. The law the way it is allows veteran cops to play it fast and loose in their final laps.

Frank says the guard rail has to go back up. They thought maybe she could communicate that to the governor. Frank says he agrees with it privately, but he has to be against it publicly. Erin says she can’t do this, she tells Frank and Garrett to do it themselves. Erin says she doesn’t want to be trusted to act this out. Frank says he is asking, he is not telling, it is up to her.

Jamie goes to Deon’s house and sees that he has been beaten up and they stole his watch. Jamie says he is sorry. Deon says he is dropping out of the program, he thought he signed up for mentorship, this whole thing was a mistake. He doesn’t need a savior and he doesn’t want to see him anymore.

Janko and Witten respond to a call at Daughtery’s building, they stop by to see how his nanny Yelena is doing and are met with his wife who is very aggressive and tell them unless they have a warrant, they can leave.

Erin goes to see Frank, she asks him if he is sure he wants to do this. He says he couldn’t find a better way for the governor to know what he wants. She says she is used to her brothers doing this, but not from him and it bothers her. She says she has an appointment, she has to go. Erin meets with the governor and tells him what Frank said. He asks her if she is wearing a wire, she says he must be kidding.

Jamie is on the street when he bumps into the Dead Twins gang, they say they have nothing to do with what happened to Deon. Jamie notices the watch, the guy says it was a gift and tells Jamie to take it back.

The next morning, Garrett visits Frank and tells him now that any infraction will require complete forfeiture of a cop’s pension. So, a few questionable minutes of phone video will carry the same penalty as shaking down a drug lord. Frank says the common good is obsolete now. Frank says he will speak to Erin, she was probably copied on it.

Janko and Witten return to Daughtery’s apartment again, they are there to make a notification. His wife has called 911 several times about her husband, between that and Yelena’s complaint they don’t think this is a safe place for her children, they have notified child services. Janko tells her that if her husband is abusive, she needs to protect her kids. Mike walks in, he asks his wife and Yelena if they called him, they say no. As Janko and Witten are leaving, his wife says wait, if they don’t do what he says, he locks them in their rooms and beats them, she has photos of the bruises on her body and wants to press charges, she is shaking and crying, Witten and Janko arrest him.

Erin returns to the governor, she tells him that Frank doesn’t know she is there. She asks him why he is doing this, is trying to punish her, or her father. She tells him her family is foolish, when they give their word they expect the same in return.

Danny calls Megan and tells her they are on their way there, they tell her to stay where she is. She hangs up and Ralph walks up to her, tells her they should talk, she says ok, but somewhere private.

Jamie stops by to see Deon, he guesses that it was his brother Dante that hit him, not the gang.

Danny and Baez arrive at the event, Megan is gone with Ralph.- they get his address and find Megan there and trying to kill Ralph for killing Andrea. Danny tells her to drop the knife, this ends here, he already confessed. Megan lunges for him but Danny grabs her just in time. Baez arrests Ralph.

Erin goes to see Frank and tells her what she said to the governor, he says there is no way he would have asked her to go back a second time and he will never ask her again.

Jamie goes to see Deon at home, he wanted to make sure he is ok, they have Dante in custody but Deon didn’t give him up.

At the family dinner, they all talk about what they gave up for lent, Erin passes around the hot cross buns.