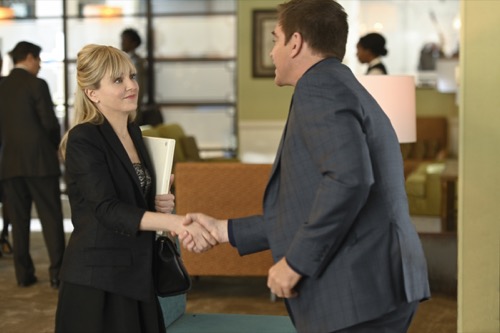 Tonight on CBS their drama Bull inspired by Dr. Phil McGraw airs with an all-new April 12, 2021, episode and we have your Bull recap below.  On tonight’s Bull season 5 episode 11 called, “Truth and Reconciliation,” as per the CBS synopsis, “The origin story of TAC is revealed through flashbacks when Bull tries to get a new trial for the wrongly convicted prisoner who inspired him to work in trial science 12 years earlier.”

In tonight’s episode of Bull, 13 Years Ago, The Bronx, 1:13 AM – A man sings a baby a lullaby outside of a gas station. A man brings him an envelope, apologizing for being short. The dad shows him his gun. He wants the money soon. He walks off and is shot in the back. He drops to the ground. The baby cries.

The police come to visit a father, last name Craddick, at his business. They just want to talk to him. He leaves his son with a neighbor visiting his shop, telling his son he will be back soon. He shouldn’t worry.

A Few Years Later – Bull meets with a man, Mr. Arthur Craddick. He tells Bull about how he has been serving time for a shooting he didn’t commit. Thirteen years ago an eyewitness pointed him out but it wasn’t him. Bull agrees to help him.

Days later, Bull takes the stand to explain eyewitness testimony and how unreliable it can be. The verdict comes in. Arthur is declared guilty by the jury. He yells to the court that he is innocent. They drag him away. His son watches.

Present Day – Bull visits Arthur in prison who has a new hearing and hopes for a new trial. He also has new evidence, a letter of confession from the real killer.

Past Day – Bull tracks down a young Marissa. She is working for Homeland Security and he is a fan of hers and her theories. He has an idea for a business. She thinks he might be a little crazy. He keeps going, giving her his pitch. She starts listening.

Present Day – Arthur’s son, Leo, arrives at Bull’s firm to meet with him. They walk him through a mock trial. They discuss the letter. The man has now confessed as he is dying. Bull brings Benny and Danny with him and Leo. They meet the contract killer who admits the crime and shares his sadness over killing the man’s baby too.

On the way to the court, the contract killer dies. The prosecution thinks this new case should be terminated as it is all hearsay. The court takes a recess. Leo sees the detective who put his dad in prison. He promises a reckoning. Bull tells him to talk no more.

Back in session, the judge sadly reports that Arthur cannot have another trial. Benny argues that Arthur actually helped law enough by sharing the killer’s letter. He confessed to a number of unsolved murders. The judge in turn reduces his sentence, allowing him possible parole.

Bull and the team meet with Leo to see Arthur go up in front of the parole board. Leo gives a powerful speech about his dad. The victim’s mother takes the stand but Bull finds it strange that the victims’ wife didn’t show. Marissa and the team look into her whereabouts. It seems they went from cashier to a bakery chain owner with a very expensive home in a short time. Meanwhile, several more individuals get up and fight to keep Arthur in jail.

Marissa and the team discover the widow received money for years from the killer. Bull tracks her down. She doesn’t want to talk. Bull threatens her. She accepted money and used it to start a business. She never paid taxes and more.

The next day, the widow appears in front of the parole board. She tells them that Arthur is innocent, her husband was a criminal. She leaves. The detective is called next but he is a no show. The board grants Arthur parole. Arthur and Leo hug. He thanks, Bull.

Outside of the prison, Leo is taken into custody for the murder of the detective.