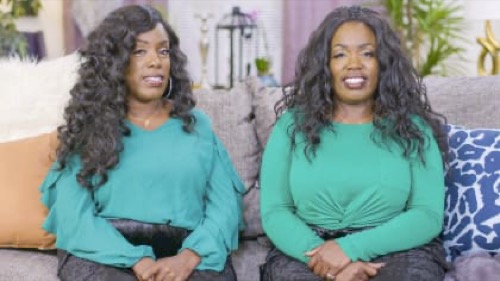 Tonight on TLC their fan-favorite series Extreme Sisters airs with an all-new Sunday, April 25, 2021, Season 1 Episode 1 and we have your Extreme Sisters recap below. On tonight’s Extreme Sisters season, 1 episode 1 called, “Sister, Sister,” as per TLC synopsis, “Twins Anna and Lucy strive to live their lives identically.”

In tonight’s Extreme Sisters premiere episode, the episode begins with us getting a glimpse into the lives of Extreme Sister, from sleeping in the same bed, sharing toothbrushes and underwear, to men.

We begin in Perth, Australia, begin with Anna & Lucy are 35 years old and they are identical twins. They claim that nobody like them, they think that they are one person. You name it, they do everything alike. Obsessing on being identical is how they live their lives and they wouldn’t have it any other way. They are always identical and want to do everything together. If they ever think about separating, they have too much excitement.

They wake up together, shower together, and go to the toilet together. They share everything, a bed, a car, a Facebook account, and the same boyfriend. Sharing a boyfriend for them means they get to be together all the time. They met him on Facebook, spoke for six months and they both liked him, so they met him and they share him.

Atlanta, GA is where we meet Patrix & Patricia, they are 48 years old. They have a connection that others just can’t understand. Patricia was born with a deformity in her hand, she is missing fingers and Patrix is there to help her out. They dry brush each other every morning. It’s good for the health and sister bonding. Growing up they had a family of five, their dad was in the military and they traveled all the time. Patricia was bullied in school about her hand and still is very emotional about it. Patrix says it is one of the things that made them close, she always felt like she had to protect her.

Patrix wanted to play the violin and stopped because Patricia couldn’t. Patricia says her sister helped her to come out of her shell. Patricia is married, they have been together twenty years and counting. She has three children, all boys. Patrix is a major part of their family dynamic because she is like a second mother. Her sons say they are always together, they think they are crazy but love them very much. Patricia’s husband says he is the third wheel, he never has alone time with his wife. Patrix has an apartment, but it is being renovated.

They have a dream, to move to Orlando, they love everything about it. Disney, the atmosphere, the palm trees, they belong there. Ron proposed to Patricia in Downtown Disney. It is not a dream that Patricia and Ron share, it is a dream that the sisters share. Ron knows that Jeremiah is going to college in Orlando, but he doesn’t think they should have to call. Jeremiah says they can visit. Patricia tells Ron that they are moving to Orlando, and he can visit as much as he wants.

Brooke & Baylee are next, Baylee says that there is no line that you can’t cross with your sister. Sometimes people think they are a little too close, but they love it. When they were growing up, they needed to be close, when their parents divorced. Wherever they went, they were always together. Baylee finds that she really follows Brooke and depends on her a lot. Baylee is twenty-one, she has lived with her mom her whole life, to be a little more independent, she decided to move in with her sister.

Brooke has been married for a year and has a little daughter, she is also pregnant and is having a baby boy. The two sisters are very happy together, but Brooke’s husband Denver doesn’t seem happy about it. Denver says that if Baylee continues to live there they have to rule. Brooke and Baylee always shared a bed growing up, and they are sharing one now once Denver is asleep and he is starting to catch on. Denver says Baylee scratches his feet with hers. Brooke knows she has to detach from her sister, but it is so hard.

Back to Anna and Lucy, they are walking near the beach with their boyfriend and people are staring at them. They tell their boyfriend that they feel like one person and he will treat them like they want, it doesn’t hurt anyone. They have been with Ben for about ten years now, they found their soulmate, their future. He says they don’t get married because it is illegal in Australia for him to marry two people.

When they get intimate, if he does something to one twin, he has to do it to the other, but the sisters don’t do it to each other. They live in a two-story house with Ben and mom who says the girls are very comical and she tries not the be in the way. Mom thinks if anyone looks inside the twin’s life, they will think they are not the full biscuit.

On to Patricia and Patrix, they do dinner with their family once or twice a week. They allow their mother to sit at the table with them because she is the queen, but everyone else sits at a different table in the kitchen. The girls let the cat out of the bag, they tell mom that they are thinking of transitioning to Orlando. Mom doesn’t want her girls to move hundreds of miles away from her. They tell her they have dreams and this is something they want to do.

Brooke and Baylee are going to go badminton with Baylee’s boyfriend, Briar, and Denver who tells Brooke about Baylee and Briar getting their own place. Brooke says Baylee is a virgin, she lost her virginity at sixteen and she doesn’t want her sister to go down the same road. Baylee always wanted to wait until she was married, and Briar feels the same way. Briar thinks it is unhealthy that Baylee goes into Brooke and Denver’s bed. Denver decides that if the men win, Baylee won’t go into their bed again. The women win, Baylee is going to be sharing their bed.

In the house later, Denver is upset and tells Brooke it is a big deal. They are married and he doesn’t want his wife’s sister in their bed, her welcome is overstayed. Brooke says it is not fair to make her choose and her sister is going to feel like she is not welcome in their home. Brooke tells him that he loves him and he is his first priority, but Baylee has done so much for her and she just can’t through her out. She tells him that he is being a little dramatic. He replies that she has decided which side she is on.

Lucy & Anna are on their way to the dentist for Anna’s appointment. If Anna has to get a tooth out, Lucy will take her tooth out so they can continue being the same. The dentist tells Anna that he has to remove her tooth. Lucy says she wants to take the same tooth taken out, the doctor says no, that doesn’t make sense to take out a healthy tooth, it is unbelievable. The dental board doesn’t allow them to remove teeth out that are healthy, so Lucy is out of luck. Actually, Anna is going to refuse to get her tooth out if her sister can’t get hers out.