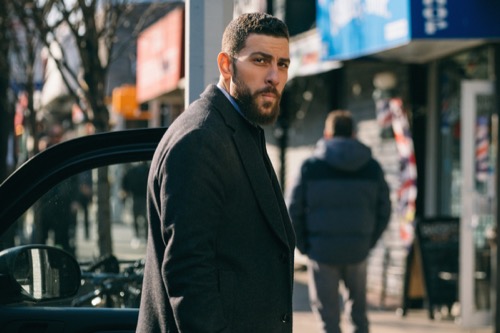 Tonight on CBS FBI airs with an all-new Tuesday, April 6, 2021, season 3 episode 10, “Checks and Balances” and we have your FBI recap below. In tonight’s FBI season 3 episode 10 as per the CBS synopsis, “The team must track down two assailants who wear animal masks while committing armed robberies, with the latest leaving an off-duty 26 Fed security guard dead.

Also, Tiffany and Scola butt heads on whether or not to accept the local NYPD’s offer to help in the investigation.

In tonight’s FBI episode, a group wearing animal masks committed armed robbery. They robbed a check-cashing store. They were in the middle of their latest robbery when the security guard came in to start his shift and he tried to fire at the robbers. One of them shot the security guard.

The victim was Howard Kirkland and the cashing store was his second job while his main job was as a security guard at the federal building. He was therefore a federal employee. His murder became a case for the FBI and the team was taking his death personally. They all knew Kirkland. They’ve spoken with him on many occasions and they knew Kirkland put off his retirement after his wife got sick because he needed the money. And so this to happen to his family couldn’t have come at the worst time.

His wife Betsy had been outside when her husband was killed. She was dropping him off for work and so she was one of the first told about her husband. She had been a wreck when Stuart found her. Stuart was a friend of the family’s and he comforted Betsy, but he also made enemies out of the cops at the scene.

NYPD Detectives Frank Dixon and Roger Palmer were assigned this case and at first, Tiffany was happy because Frank was her former TO. She, therefore, held a great amount of respect for him. Only she noticed Stuart didn’t feel the same. Stuart was known to treat NYPD as less than. He often dismisses them and Tiffany called him out on it. She asked him why he didn’t have respect for them.

Stuart didn’t think he was being disrespectful. His encounter with her former training officer was not the first time Tiffany has to witness him being dismissive of NYPD and that’s why she finally said something. She was a former NYPD. She still holds great respect for the many men and women that still work there and sh

e kept the detectives apprised of all their movements with the case. She even notified them after they got ready for a takedown. She and the FBI had found the woman that went into the case the place and they followed the clues this woman later gave them. She was a stripper who had been hired to wear a special necklace that had cameras in it. She didn’t know names or anything. All she could describe was the man she dealt with and the tattoo of a moon on his hand.

The FBI used this information to find the robbers, but there was an issue because their robbers weren’t the ones who killed their friend. The group that did that were copycats. Someone had spotted the pattern that the real robbers were using and they tried to copy it when Kirkland was killed. The FBI also realized something else.

They rewatched security footage of their copycats and the copycats had been using earpieces tuned into the police scanner. It was an encrypted channel. Meaning that only cops knew the code to the scanner and so the greatest suspects for the copycat robbery were cops. Tiffany later told Stuart that he was probably going to use this to justify his hatred of cops. And he told her that he doesn’t hate cops.

Stuart just wanted justice for Kirkland. He and Tiffany were told not to inform the NYPD about their newest angle they were working and so the two of them went checking out masks. They wanted to see who bought masks recently. They checked out several stores and they found the right one.

The woman that ran the place recognized Detective Roger Palmer. She said he came in to buy the same masks that were used in the robbery and it made sense. He was working the armed robbery case for weeks and it went nowhere. Neither Palmer nor his partner ever identified the robbers while the FBI found them in a day. Stuart believes that Dixon must be in on it as well and Tiffany shot that down. She said Dixon would never do something like this.

Tiffany felt vindicated when the techies confirmed Dixon was too tall for the other suspect in the video. Only Stuart still felt Dixon was covering for Palmer and so he later questioned him with Tiffany. The two of them asked about Palmer’s alibi. He was supposed with his partner across town when the robbery went down and so they g

ave Dixon the opportunity to walk back however it doubled down on the lie and he realized that they were interrogating him. Dixon demanded to know what was going on. Stuart said they couldn’t say because of a pending matter. Tiffany felt they should have explained to Dixon what was going on and she also added that if they treated him as an equal that he would have been more cooperative.

Webb wasn’t that bright. He didn’t have a partner to vouch for him and so the FBI picked him as the weakest link. They leaned on him. They questioned him and he didn’t break at first. He ended up running straight to Palmer afterward and the two were overheard (via a listening device) talking about how the guns were in “the Melt”. The Melt was a nickname for the NYPD destruction of property after a certain number of years.

The FBI later found both guns used in the copycat robbery in the Melt. Both could be traced back to Webb and his fingerprints were the only ones found on it. The FBI moved in to arrest Webb for the part he played in the robbery, but they found him dead in his car, and there went their plans of using him to take down Palmer. There wasn’t even any evidence connecting Palmer to the robbery or Webb’s death. The only one that could talk now was Dixon.

Tiffany had Dixon brought in and she told him the truth. She told him his partner is wanted for robbery and murder. She also showed him a video of Palmer telling Webb not to talk. She knew this would affect Dixon and she was right. Dixon stopped covering for Palmer the moment he knew Palmer was dirty.

Dixon even told them that Palmer came in late on the morning Webb was killed. Stuart and Tiffany later arrested Palmer and they got justice for Kirkland, but there was a question regarding Dixon. Do they report him for originally falsifying records or do they drop it? Stuart chose to drop it because the case was closed and no one else deserved to get hurt.