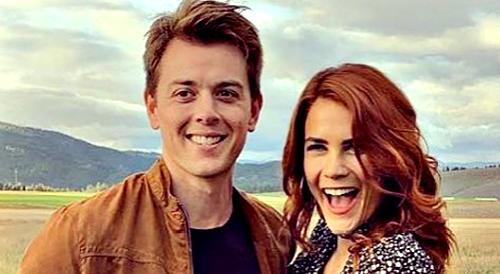 General Hospital (GH) spoilers has some great news to pass on about a popular real-life soap couple. Chad Duell, who portrays Michael Corinthos on the ABC soap, recently announced on his Instagram feed that he’s engaged!

Chad has been dating Courtney Hope (Sally Spectra, Y&R) for some time now, and it looks like he popped the question on Valentine’s Day.

Chad shared some nice photos of himself and Courtney on his Instagram feed as they showed off Courtney’s beautiful engagement ring. Chad’s caption reads: “I’m one lucky dude. #shesaidyes #engaged.”

Chad’s costars immediately offered their enthusiastic words of congratulations for him and Courtney. Josh Swickard (Harrison Chase, GH), Laura Wright (Carly Corinthos, GH), and Eden McCoy (Josslyn Jacks, GH) were among those who weighed in with happy sentiments and emojis. 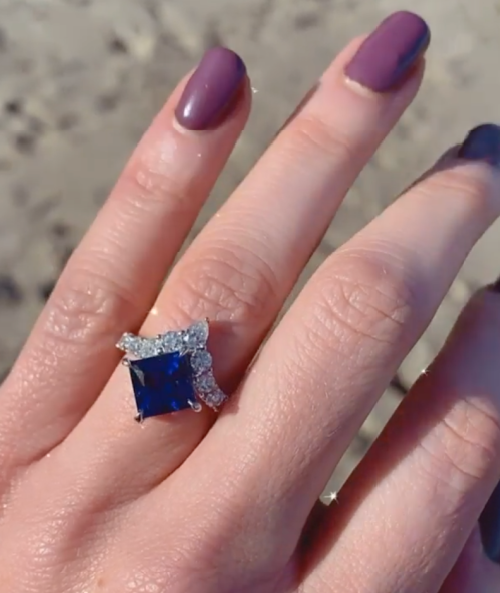 And over on Courtney’s Instagram feed, she posted some photos of herself and Chad, as well as the gorgeous ring, which looks to be sapphire and diamond. Courtney’s caption reads: “Yesterday was a good day…. Forever with this man is a dream come true. #umHellYes.”

Courtney’s costars from both B&B and Y&R have been filling her feed with comments. For example, Katherine Kelly Lang (Brooke Forrester, B&B) said: “Congrats to you both!! Wow I love that ring!! Gorgeous and sweet couple!! Love u!”

And John McCook (Eric Forrester, B&B) weighed in as well, saying: “Bravo to you both!! Best way to live this life…with a loved and loving friend!!” There were many more comments from soap stars with great things to say about the happy couple and lots of congratulations to go around.

We offer our sincerest congratulations to Chad and Courtney on their engagement – it’s great news! Stay tuned to the ABC soap and we’ll be sure to keep you up to speed on the latest General Hospital spoilers, daily episode recaps, and news.