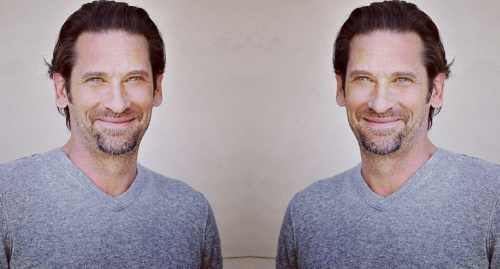 General Hospital spoilers say fans were shocked to see Roger Howarth depart from GH after his character, Franco Baldwin, was shot and killed in his art studio by Peter August (Wes Ramsey). However, Howarth is slated to return to General Hospital later this month, May 2021. The ABC soap is keeping a tight lid on who Howarth will actually be playing.

Although General Hospital fans have speculated that Howarth will return as his popular and controversial One Life To Live character, Todd Manning, it was later confirmed that he will not be returning to his Llanview roots.

There is, however, a major possibility that Roger Howarth might be playing a character, who will eventually be revealed to be Franco’s long lost twin brother. Of course, this wouldn’t be the first time that GH has explored the idea of long lost twin siblings.

Nearly two years after Natalia Livingston’s Emily was killed by the Text Message Killer, aka, Diego Alzazar (Ignacio Serricchio) during the Black & White Ball, Livingston returned to General Hospital as Rebecca Shaw, who was later revealed to be Emily’s identical twin sister.

Jason Morgan (Steve Burton) also had a twin brother, Drew Cain (Billy Miller), who was originally believed to be Jason for three years, before being revealed as a separate character.

There could be an upcoming GH storyline that can easily explain that Franco was possibly kidnapped and brainwashed into believing he is someone else. Before it is revealed that Heather Webber (Robin Mattson) secretly gave birth to identical twin boys.

This would allow Scott Baldwin (Kin Shriner) and Elizabeth Webber (Rebecca Herbst) to continue to share scenes with Howarth, as a man who has Franco’s face.

Of course, there is also the possibility that Howarth’s character could help Jason, who is currently on the run after it was believed that he killed Franco. Jason can find the man who looks like Franco, bring him back to Port Charles, as Franco, and have himself exonerated from murder.

This could allow Jason the time and opportunity to catch the real culprit, Peter.

GH could go with a completely different route and have Howarth play a character that is entirely different from Franco. It may be similar to what happened with actor Michael Easton when he returned to General Hospital.

Six months after his character, Dr. Silas Clay, was killed off, Easton returned to General Hospital as Dr. Hamilton Finn, a character who looks like Dr. Clay, but is a completely separate character. After Finn came to GH everyone found out that Madeline Reeves (Donna Mills) was the one who killed Clay.

General Hospital spoilers say TPTB could be going the long lost twin brother route with Roger Howarth. CDL is your resource for everything related to ABC’s General Hospital!