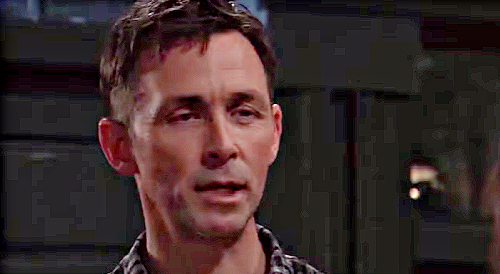 General Hospital (GH) spoilers tease that Valentin Cassadine (James Patrick Stuart) may need exploratory surgery based on a new leaked script. It looks like a trip will bring a health twist along with a doctor’s advice, so Anna Devane (Finola Hughes) will step up and offer support.

A script for an upcoming episode has indeed surfaced – and it points to a U.S. consul doctor’s hands being tied.

Despite wanting to help, this doctor hints that their facilities just aren’t equipped for a surgery that delicate. He or she recommends that Mr. Cassadine undergo exploratory surgery in the U.S. instead, so Anna is grateful for the doctor’s guidance.

Of course, there are some interesting possibilities to mull over based on this script leak. Keep in mind that story details can sometimes change before they hit the air, but let’s proceed assuming this will remain a legitimate part of the plot.

Valentin and Anna will obviously be out of the country on an important mission.

We know from another leaked script that Anna and Valentin will land in Chloe Jennings’ (Phoebe Kuhlman) American Embassy hospital room, but it looks like that may come much sooner than Valentin’s own health bomb.

Regardless, GH spoilers say Valentin and Anna will be determined to find Peter August (Wes Ramsey), but they could face a long and winding road to get there.

Valentin might genuinely be ill in some way and in need of exploratory surgery back in the United States.

It may be a situation where Valentin downplays it and wants to keep going, but Anna might insist on putting Valentin’s health first.

On the other hand, the whole thing could be a ruse to gather more information. Valentin and Anna’s superspy background could certainly help them get an idea like that, so Valentin faking it might be the real twist!

Whether Valentin is sick or just pretending to be, there’ll be some curveballs as his storyline with Anna heats up.

We’ll fill you in as other GH news and updates become available.

General Hospital spoilers say Anna and Valentin will remain quite the dynamic duo despite any hurdles along the way.

CDL’s the place to be for terrific General Hospital spoilers, updates and news, so make us your number one source.