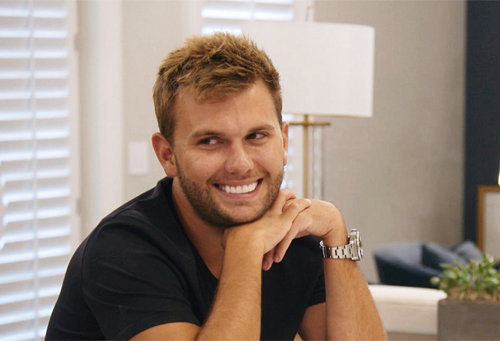 Last season, Chase and Savannah picked up everything to move to the West Coast. They’ve since gotten homesick and so they moved back to Nashville. The two siblings have grown up. They know what they want now and they’re pursuing it. Chase moved in with his best friend Elliott. They live in a great house and it’s a good thing the place came in fully furnished. Chase also doesn’t have to go to his mother for meals anymore. His girlfriend Emmy now cooks for him. She received some cooking lessons from his mother and now their cooking styles are completely in sync. Todd doesn’t even notice the difference. Todd came by the new house to drop off Chase’s mail. He smelled the cooking and he instantly thought it was his wife’s cooking.

Then he ran into Emmy. Emmy revealed the cooking lessons and Todd tasted the food and he said it tastes just like Julie’s. Todd loved it. Todd and the whole family love Chase’s girlfriend Emmy. She was the first girlfriend they ever approved of and Julie especially loves her. Julie and Emmy hang out all the time. Chase’s friends thought it was a little weird. Chase’s friend also thought Emmy looks like Julie, talks like Julie, and even moves like Julie. The friends have been talking about it for weeks. They think it’s weird that Chase is basically dating the younger version of his mother and so Elliott finally mentioned it during poker night. Elliott even showed Chase the video in which his friends have merged photos of Emmy and Julie together and they look the same.

Chase hadn’t noticed it until now. He mentioned it to his sister Savannah and she was like “OMG” because she saw right away and so it’s clearly the truth. Julie and Emmy look alike. They now cook alike and Chase told his friend Elliott not to get used to it because Emmy wouldn’t be cooking for them all the time. Which bummed out Elliott. When Elliott isn’t bursting Chase’s denial bubble, Elliott was signing up for another dating website. He turned to Savannah for help and she pointed out all the these wrong with his profile. Savannah told him to drop the cheesy one-liners. She also told him not to do the photos without a shirt on if he didn’t have a tan because the boy was pasty and so Elliott liked that. He came to develop a slight crush on Savannah.

Elliott told Chase about it in a roundabout way without mentioning names. He also asked Chase what would a girl “like” Savannah would want to do and Chase joked to Elliott that he shouldn’t be dating a girl like Savannah because there’s a way she would be interested in him. But Elliott wants to find love. He sees Chase happy and he wants the same albeit not with a clone of his mother. Chase eventually saw the similarities and it was even worse when Emmy bought him underwear. His mom does his laundry. She noticed he needed new laundry and so she mentioned it when she went shopping with Emmy and so Emmy got him the underwear but Chase didn’t like that. It made him think he was dating his mother and he snapped at Emmy.

Chase told her that he doesn’t want her hanging out with his mother anymore. She told him that was never going to happen because she likes his mom and so Chase went to his mother. He told her how he didn’t want everyone to think he was dating his mama. He wanted boundaries. He wanted to be grown and so Julie warned him that’s a one-way street. If she treats him like a grown adult, then there was no more cooking for him or doing his laundry and so Chase reluctantly agreed to that. He said the boundaries could start after he gets a plate of the cookies she was baking that day. Chase also later apologized to Emmy for snapping. He didn’t mean to do it and he doesn’t really mind her buying him underwear if he could return the favor.

And later Elliott surprised Savannah with a candlelit dinner and live entertainment but she told him that she had been nice to him as a friend and that she doesn’t see him that way. And Elliott understood. He was also grateful because he thought dating Savannah would be like dating Todd.