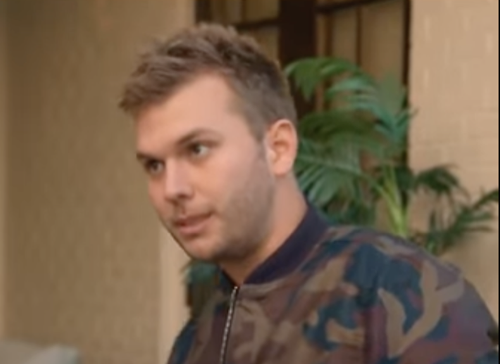 In tonight’s Growing Up Chrisley episode, Savannah is growing her brand. Her best friend was doing a drag calendar photoshoot and so Savannah was going to donate her makeup from her new makeup line to the drag queens. Not only was this charitable but it got more people experimenting with her makeup and those same people can now hype it up on social media.

Savannah doing this was a great business decision. She was making strides in her career and at the same time, she still had time to mess with her brother Chase. Chase was going duck shooting with his girlfriend’s family. Emmy is a sweet girl and her family loves going hunting. It’s a tradition of theirs. Her brothers invited Chase to go hunting with them and he agreed.

Chase convinced Todd that they were going on a hike. He even said that wearing camo would keep the bugs away and so that convinced Todd to get the full regalia. He wore camo. He also wore a bright orange safety vest. Todd didn’t know about the hunting aspect until Emmy’s brothers arrived and they were carrying guns.

He remembers his pets Duckie and Mackie very well. He acted the saboteur. He upset Emmy’s brothers and so they and Chase all agreed that next time they won’t invite Todd to go hunting with them, but it turns out it was a good thing that Chase was out of the house because he missed the argument between Savannah and Elliott.

Savannah was staying at Elliot and Chase’s place while her house is under renovation. She invited the drag queens over to get things ready for the shoot and he completely forgot about Elliott’s date. Elliott had a date with a woman he met online. He had wanted to impress her and he hadn’t wanted his home to look like a mess. He asked Savannah to clean up before his date.

She instead made a bigger mess and explained that she had to do that because the drag queens’ other place had fallen through but Elliott had to cancel his date because he couldn’t bring her over with so much going on and Savannah didn’t even bother to apologize for the disruption until she spoke with Chase and Chase pointed out that she’s the guest. Elliott was already doing her a favor and so Savannah made sure to clear out.

She was out of the way when Elliott had his date and unfortunately the date didn’t work out because they both rooted for different football teams.