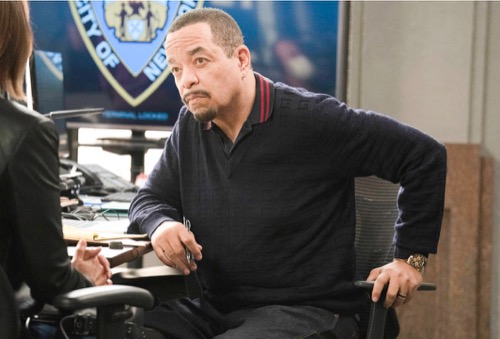 Tonight on NBC Law & Order SVU returns with an all-new Thursday, October 21, 2021 episode and we have your Law & Order SVU recap below. On tonight’s Law & Order SVU season 23 episode 6 “The Five Hundredth Episode,” as per the NBC synopsis, “Amaro asks the SVU for help in clearing a convicted man’s name and brings a figure from Benson’s past back into her life.”

In tonight’s Law & Order SVU episode, the episode begins with Benson thinking back to when her mother was alive, her son Noah tells her that her mom was a good mom like her. She arrives at SVU and tells Fin that Noah was asking about her mother, he says he hopes she went with short answers. A suspect walked in, and he will only speak to the captain, Finn says the guy is a charmer. Benson walks in the room and Nick is there with Rollins, she says she never liked surprises.

He says he went back to grad school in genetics, he tests DNA samples that are too small. He has an old SVU case that he wants to reopen. 1996 Haley West was fifteen years old, raped and strangled on prom night. Benson thought they caught the boyfriend. Yes, the boyfriend is in jail but the only DNA found on Hailey was from his saliva. Rollins looks at a photo of Hailey when she pulls out the file and Nick says the boyfriend is not the killer.

Nick meets with Burton crime writer, who brings him in to see Benson, they are old friends from a lifetime ago.

Benson thinks back again to when she was younger, apparently Burton asked her to marry him.

Back to the present, they discuss the file. Benson called her former captain who says the boyfriend confessed within 48 hours. Burton thinks the boy was so guilt ridden that he probably confessed. Twenty five years behind bars and the boy said he knows the truth and needed a miracle back then.

Nick and Rollins go to the morgue, they are hoping more samples of DNA. At the time didn’t do any more tests because the boyfriend confessed.

Burton and Benson are together on a football field, she tells him that her mother made her write that letter, she said he had a girlfriend in college. It turns out that her mother lied to both of them. Haley’s boyfriend is brought to the field to reinact what happened the night she was murdered. He tells them what happened, how he snuck in a bottle of chapagne and they just wanted to be alone.

They started kissing, then they went under the bleachers to go further, but they didn’t get that far. Hailey was leaning against a post, he was kissing her, his eyes were closed and he could hear footsteps on the gravel, some bashed him on the head. He heard Hailey screaming, there was blood everywhere, the corsage was over on the grass. He ran home, his parents called the police. The man breaks down and start crying.

Rollins is with Benson she says she is surprised that Nick picked this case, Benson says the reason he did is because Hailey’s boyfriend Ian is innocent.

At the lab, they find a genetic sample that is not Ian’s DNA. Nick says they go into a geneology website and start there to find relatives of the person who attacked Hailey, and three men have already been found. One of them is Mr. Murray, the girl’s tennis coach. They interviewed Roger Murray three times, he said that Ian and Hailey had a fight, and Hailey confided in him that Ian was creepy. Next, Rollins and Finn head to Hailey’s house and speak to her mother who says that Roger was like a father to her. In fact he sends her a card every year to let her know that she is mourning around.

Nick and Carisi go see Roger and tell him that Ian is trying to get the DNA re-examined. Roger says he chaperoned back then, his wife walks in and Nick says they need her husbands help, they know how much he meant to her. Roger goes into the station, he saw Ian dragging her out of the prom and he should have stopped them. Rollins tells him with new DNA technology it picks up the smallest things. He says he remembers touching her arm, so DNA could have gotten on her arm there. He says Hailey gave him a look, she was afraid of Ian. He was there and he stopped it, Ian’s hand was on her breast. He says he really doesn’t remember, then he asks for a lawyer.

Burton goes for a walk with Benson to catch up. He asks her if there is a man in the picture, she says no. They walk to his hotel and he asks her up for nightcap, then he kisses her.

The captain who was on the case for Hailey tells Benson to have her mother there tomorrow because Roger was always afraid of letting her down. In court, Roger is sitting with his laywer and keeps looking over at Hailey’s mother and looks distraught. Roger says he wants to change his plea, he killed that poor girl, he has never forgiven himself. His wife is shocked and so it Hailey’s mother. Carisi says it is going to be over but it is going to take time.

Burton and Benson are downstairs in the reception area of the court, he highfives her and invites her to dinner, she smiles and says yes. All of a sudden, a women from Burton’s past walks up and calls him a predator, she tells Benson that she wants him arrested for raping her ten years ago. Burton swears to God he didn’t rape her, he is complete blindsided. He said they had a flirtation, he took her out to dinner, they had a few drinks, they headed back to his hotel room and it was completely consensual. He asks Benson what do they do now. She says she has recuse herself from the case, her sergeant will call him and tell him the next steps.

Andrea meets with Rollins and Finn, she tells them that she found it outrageous that Burton got a real rapist imprisoned when he raped her himself. She says she was drunk in his hotel room, she woke up with him inside her and just let him finish. When she saw him today she just went off on him. Rollins tells Andrea that they don’t have enough to arrest Burton.

Rollins tells Benson that she is sorry. Rollins tells Benson that Burton gave Andrea some music back then, Benson is shocked that Burton gave her the same music. Andrea posted on social media what Burton did to her, then five women responded that he stalked them and did the same thing. In the end, they have eight or nine women, they felt pressured and uncomfortable, but they didn’t rape them.

Nick and Benson have words, he says he is sorry for bringing Burton back into her life. She says she is not sorry, she doesn’t believe Burton raped those women and what she did with him way back then was consensual. She goes to see Burton in his hotel room, he say she is glad to see her. He apologizes to her for the awkward situation. He pours himself a drink and says Andrea’s post went viral. She says her detectives found Andrea’s story credible. But it has been too long so they can’t charge them. She tells him there are other women, but he is off the hook. He admits to sleeping with women but he didn’t rape anyway.

She says he was powerful and he abused their trust. He say she pursued women, it used to be called seduction and now it is called raped. He tells her that he needs her to stand up and defend him, she says she can’t, he slept with her when she was sixteen and he was twenty one, technically that was sexual assault. She says she was a teenager, her house was a mess and he knew she would do anything to get away.

He tells her that her mother was crazy, Benson says maybe her mother was protecting her. And the other night, it was also consent. She says goodbye to him and leaves, he throws his glass at the closed door. She then calls Nick and tells him that he was right about Burton and she is sorry about being so defensive, and thank you. She takes the music tape that Burton gave her way back when and throws it in the river.