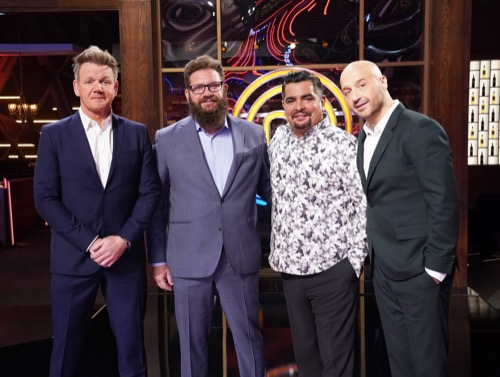 Tonight on FOX Gordon Ramsay’s Masterchef returns with an all-new episode on Wednesday, September 15, 2021, season 11 episode 18 called “Finale Pt 2 – Michael Cimarusti,” and we have your weekly Masterchef recap below. On tonight’s Masterchef episode as per the FOX synopsis, “Michelin star chef Michael Cimarusti is the final legend to grace the MASTERCHEF kitchen and it’s the finalist’s last chance to impress with their entree and dessert dishes. Only one will be crowned the winner and earn the coveted title of “MasterChef”.”

In tonight’s Masterchef recap, there were just two more courses left. But there were more surprises left. Curtis Stone left after the appetizer and he was replaced by Michael Cirmuristi. He was a renowned chef and his specialty was seafood. Which worked out great for both Autumn and Suu. They both created a seafood dish while Kelsey went another route.

Kelsey went with a different protein and that was a risk because it could either hurt her or propel them forward as the obvious winner of the next round for being different. Autumn also took a risk because she wanted to create a fusion dish with both Japanese and Italian flavors. Then time was called. The first that was called was Kelsey’s. She created a Crispy Skinned Duck Breast.

It looked visually stunning. The taste however was all over the place because some tasted seasoning while others had not. The next dish was Suu’s dish. She created a Banana Leaf Wrapped Seabass. It was a great dish. Everything about it worked. The judges loved it and so the next and final dish of the round was Autumn’s. Autumn created Broiled Miso Cod. The cod was fabulous and so where she failed was in her risotto. The risotto had needed more cook time.

She really shouldn’t have waited until the final thirty minutes to prepare it and so at this point in the competition, they were all evenly matched. They all made mistakes here and there. They also all prepared the perfect dish. The next and last course was going to be what broke the tie. The final dish was dessert. They all went different paths with what they created but was it enough?

Suu had perhaps the funniest time in the kitchen. She never lost her confidence and she cheered herself on. Kelsey on the other hand was a nervous wreck which was only enhanced by the fact that she couldn’t get her panna cotta out of its pan. Autumn was somewhere in the middle of these two ladies. She was nervous in one place and confident in that final moment. The first dish that was called was Suu’s. She created a Rose Flan Cake. It looked great and the rose aspect was restaurant-worthy. She froze it and then crushed it on top of her dessert. No wonder she had so much making it with the way it turned out. The next dish called was Autumn’s dish. Autumn created Japanese “Jiggly” Yuzi Cheesecake. Her dish was light and fluffy.

It also looked great on a plate. All of their dishes looked great but both Autumn and Suu were told that their custard tasted better than the cake it rested on. The next and final dish of the night was Kelsey’s dish. She created a Blueberry Lemon Panna Cotta. The breadcrumbs were dry. The panna cotta wasn’t the best and ultimately no one’s dessert was flawless. Not even Suu’s. The chefs all got one aspect and not everything. The judges, therefore, had a tough time deciding who won. They judged the menu as a whole and the winner they picked was Kelsey. Kelsey has been consistently great even if her menu tonight hadn’t been at her best and so she won. She was the next MasterChef.