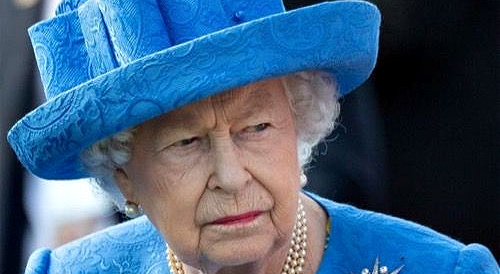 Despite the accusations fired at the Royal Family and its staff, the Queen still considers Harry and Meghan “much-loved family members.”

On March 7, Harry and Meghan sat down with Oprah to discuss all things “Megxit.” The two-hour televised event was definitely controversial. There were a lot of allegations thrown around. Harry admitted that his relationships with his father, Prince Charles, and brother Prince William, have crumbled.

Some of the claims made by the couple included bullying, racist remarks, and Meghan’s life of misery. The Palace announced it would be conducting an investigation of a few of the allegations.

Royals news states that Meghan admitted she felt isolated and miserable. She confessed to having suicidal thoughts. She explained how she never felt accepted and was bullied. Even though they do seem to have ongoing issues with the Royal Family, the couple did speak positively about the queen.

During Harry and Meghan’s interview with Oprah, there was an allegation that one member of the Royal Family made a racist remark. The couple alleges that the individual was “concerned” about what color skin their unborn baby would have. aThey wouldn’t identify the person who made the comment, but Harry insisted that it wasn’t Prince Philip or Queen Elizabeth.

Royals news reports stated that Her Majesty was angry after learning about the allegations made by Harry and Meghan. However, a new report from The Sun states that a palace insider indicates there is no anger.

Instead, it is much worse as the queen is heartbroken. Despite Harry and Meghan devastating Elizabeth, the queen still considers them “much-loved family members.”

The source added, “[The family] has always worried about [Harry] and the queen feels very protective about him. They always tried to support him when Meghan came along. They all worried less about him when Meghan was on the scene as he seemed happy.”

After Harry and Meghan’s interview with Oprah, Buckingham Palace released a statement that was about 62 pages long. It stated that they are saddened to hear of the troubles the couple experienced.

It also stated that the family loves Harry and Meghan very much and still considers them family members. The statement promised that they are taking the allegations seriously, especially regarding the racist comments, and would be looking into the matter.

What do you think about Meghan Markle and Prince Harry’s interview with Oprah Winfrey? What is your opinion on the couple leaving Queen Elizabeth heartbroken? Be sure to check back here at CDL for more British royals news and updates.