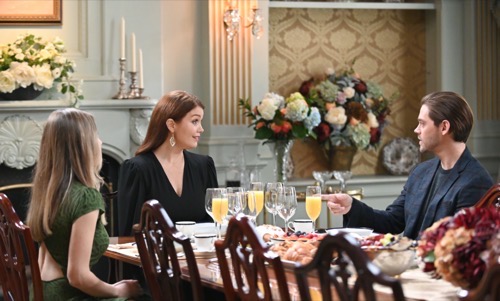 Tonight on FOX their new crime franchise Prodigal Son airs with an all-new Tuesday, January 19, 2021, episode and we have your Prodigal Son recap below.  On tonight’s Prodigal Son season 2 episode 2 called, “Speak of the Devil,” as per the FOX synopsis, “When a priest is found murdered in his place of worship, Bright grapples with its effect on his own trauma; Ainsley grows worried that Jessica is keeping something from her regarding her relationship with Gil.”

Martin is in therapy, he calls Hector a Casanova. It’s his first session back and he seems to be preoccupied. He says he is worried about his boy. He says he is hiding his feelings and not letting them out, and he only has him, his dear old dad.

Malcolm tells his mother that he has taken a break form therapy. Martin calls Malcolm, who tells him that his mother is starting to sense something. Martin says he has news, he now has access to the yard. Malcom returns to the dining room, Ainsley is there and she says she is moving back to her apartment and mom didn’t freak out. Jessica walks in and she says she is going to help Ainsley move. Malcolm asks why she is suddenly interested in Ainsley’s well being, it would happen to be something about a certain tenant named Gil.

Malcolm catches up with JT who says he has had enough of this creepy case. They go inside the church and there is holy water, a crucifix, restraints, blood and a priest, father Reis, hanging from his feet. Sister Agnes found the body and called 911. Malcolm asks sister Agnes if the priest performed exorcisms, she says she can’t talk about it. The person who killed him left a message in blood, Abaddon, the devil.

The bishop arrives, Malcom says he needs to see the priests’ records, the bishop says he can’t it is private. Gil says it is ok, Malcolm gets upset with him.

Malcolm goes to visit Martin and tells him he is there for him to help him with his case. Martin says they should call in an expert, friar Pete, he brought him in to consult. Malcolm tells Peter about the case, the priest had forty four incisions and was bled out. Meanwhile, Gil got the arch bishop to open up his files, Malcolm is now with JT and says a catholic neurologist would send his patients to see the priest as his last resort, one of them is Norman and he is untreatable.

They go to Norman’s house, his mother brings the two up to his room but blesses herself with holywater first before entering the room and puts salt at the doorstep, she warns the two to stay within the lines when they go inside. Norman believes he is obsessed.

Norman says father Reis told him he had to stay in his room, but the salt would keep the devil out. JT says he has to be the guy, he thinks he is possessed. Malcolm says maybe not, he is mentally ill and never leaves the house. Malcolm crosses the salt line to see what Norman does, Norman turns around and calls him a demon, his voice changes and he tells him he us just like him, a killer too. The guy comes after Malcolm and tries to attack him.

Norman is at the hospital, he is ok. Gil is upset with Malcom, JT says that he provoked Norman. Malcom says when he crossed the line of salt, Norman was not in control. Father Reis’ murder took someone that was in complete control, he could not have performed the bloodletting.

Ainsley is all packed up, she tells her mom that she has seven missed calls from Gil and she wants to know what is going on. If she likes him, it is ok, she should just talk to him. Jessica promises she will talk to him, but she wants to spend he last night at home with her.

Malcolm goes to see sister Agnes and asks her if she has ever seen a book about bloodletting, she says no. All of a sudden, Malcolm doesn’t see sister Agnes, he sees Ainsley and she tells him that she has to tell them what he did, they will find out what he did, she is holding a knife and tells him he has evil inside him, use it. Then, he wakes up, he is in the station.

Gil is with JT, he says he knows he has his back, but what about them. Gil says nothing about this is right. JT asks if he is ok, he has been checking his phone a lot, he says he is fine.

Dani drives Malcolm home, he tells her that sister Agnes was in his dream. She tells him that his painting in the living room is creepy. Then he thinks, lead poisoning, causes dementia and paranoia. Sister Agnes was restoring paintings at the cathedral. Malcom, Dani and JT head over there, they believe sister Agnes could be suffering from lead poisoning. Gil is there too they hear a noise, JT, Dani and Gil spread out to see what it was.

Gil tells JT to call for backup and when he does, someone comes on the radio frequency and tells him that impersonating a police officer is an offence. They find sister Agnes, she is tied up in a closet. Meanwhile, Malcom is with the arch Bishop and Jonah, who was doing the restorations with sister Agnes.

Malcolm calls his father, asks how can help counteract the poison. He says lock him in a room and don’t let him out. Jonah comes after Malcolm with a blade, his father says that the only thing to do is perform an exorcism. Friar Peter gives the words to Martin, who says them to Malcolm and tells him to sell it to Jonah. Jonah’s voice changes, he tells Malcolm that he has evil too. Jonah falls to the ground, then gets up quick and Malcolm hits him with a blunt object.

Dani, Gil and Malcolm tells JT that they are behind him about the discrimination he is facing.

Gil goes to see Jessica, she invites him in and tells him that she is as busy as ever. He asks her what is going on. He says they were talking, had plans and he thought they had a real thing going on. She says she is cursed, she believes he was stabbed because of her and she doesn’t want anything to happen to him. He says she saved him. She tells him that he should go. Ainsley was in the other room, she says she heard the part about her family being cursed. She says now she is not moving out, she is staying there.

Malcom goes to see Martin who asks him what bothers him. He says he lied to Ainsley and covered everything up about getting rid of the body. Martin says maybe it was him, he empowered him to do it. Malcolm says he knows he is there now, he can lock him out, tune him out and even leave him behind.

Malcolm tells friar Pete that he needs to get out of there to help his son. Pete says he has bible study with a group that discusses exodus, perhaps he should join their quarum.