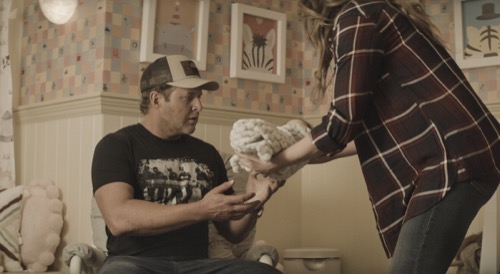 Tonight on CBS their new military drama Seal Team airs with an all-new Wednesday, May 26, 2021, episode and we have your Seal Team recap below. On tonight’s Seal Team season 4 episode 16, called “One Life to Live,” as per the CBS synopsis, “Bravo takes a devastating hit that will change the team forever, and forces each of the members to make some big personal decisions.”

In tonight’s Seal Team finale episode, BRAVO Team were out in the field. They were being bogged down by missiles and there was no chance of rescue or reinforcements. Their very lives were at risk. However, Jason wasn’t in charge here. It was Ray who was in command. Ray had taken over as leader of the team once Jason left with their injured man and so it was Ray who was supposed to lead.

Ray originally thought he could do the job but recent actions have shown he isn’t squared away. He hesitated in killing an enemy combatant. It was Sonny who had to take the shot because Ray couldn’t do it and the whole team saw. The team came to question Ray’s authority. They would’ve probably have said more if they hadn’t been fighting for their lives and so Jason overheard what happened. He overheard Ray hesitate.

Jason wanted to go back to his men. He knew he had to lead them through this difficult time and so it was the higher-ups that were stopping him. It was also politics that stopped reinforcements. Those in power didn’t want to risk a full-on confrontation with Boko Haram’s men or with the Russian contractors out in the field. It was the Russians who had been firing missiles. Jason was eventually given leave to return to his men and he had to do it with ground support.

It was too risky to fly him and what little help they had back in. The men traveled on the ground. They snuck up behind the enemy and against all odds, they took out as many as possible. Once the field was clear, it became safe to fly a helicopter back in. The helicopter came in and rescued every man on BRAVO Team.

The team was even joking about what happened then. They said Metal would be jealous of missing out on the RED DAWN reboot. The men were all good in cheer when they met Davis soon after landing on the naval ship. It was Davis who broke the news that Metal died. His injury was more serious than first believed and he died in surgery. Metal’s death hit the team. They all struggled with processing their grief and Jason was the most stubborn about it.

He didn’t wish to grieve with his men. He instead bottled up what he was feeling and he didn’t cry or scream until he was alone. Jason didn’t want to appear weak in front of his men. He returned to the team once he composed himself and then he read Metal’s letter. Metal didn’t have family or even pets. The team was his family and so he wrote his goodbye letter to them.

Metal told them not to grieve for him. He said he found his purpose and that he died doing the job he loved. Metal’s letter indicated he was at peace now. He had some jokes in it although no one laughed and his letter made them all think. Jason had had the opportunity to leave the field. He could have retired behind a desk and instead he went back into action because he wanted to be with his men. Jason doesn’t regret that decision.

Only it’s harder to leave with after he lost someone in the field and so Jason did his best to be there for his team. He spoke with Sonny. He told Sonny that the best part of being a father is that your children will love in spite of your flaws and so he didn’t let Sonny disparage himself. Or let him think he shouldn’t be involved in his daughter’s life.

Jason told Sonny to be there for his daughter. He also told Clay that his position wasn’t all that great. Being BRAVO 1 isn’t easy. He lives in a one-room apartment and he doesn’t even have a kitchen. Jason wanted Clay to make better choices than him. He wanted Clay to have the happy family life that he used to have and Clay took his words to heart. After they returned to land, Clay met up with Stella.

He told her how much he loved her and he asked her to marry him. Clay knew the risk. He knew that most of the marriages involved in the company fail. He’s heard about Ray and Naima and he feels for them but he loves Stella. He asked her to marry him and she said and now they’re getting married. Clay didn’t want to end up like Jason. He didn’t want to end up alone in a deserted flat.

It’s now up to Ray to decide who he wants to be. Does he want to return home to his family or does he want to end up like Jason? Jason spoke with Ray as well. He said he couldn’t judge another man’s marriage because his own had been failing when his wife died and so Jason told Ray what he could say. He told Ray that he hasn’t been himself since he was abducted. Ray was tortured.

He had to watch an innocent man and father die right in front of him for no other reason than to make a political stance. Ray wasn’t okay. Jason brought Ray with him to a therapy session. Jason went first. He unburdens himself. He mentioned all the men he lost in the field and how Metal was the 41st man to die that he knew. Jason keeps everyone’s phone numbers still on his phone. He doesn’t erase anyone and that’s how he grieves.

Then it was Ray’s turn. He asked how he can talk to people. How can he tell his wife he’s broken or tell his kids that he’s damaged? He doesn’t want them to see the full extent of his pain. Ray was told that has to change if he wants to keep his marriage and so he’s working on talking about it. He ran into Naima at Clay and Stella’s engagement party. Ray told her what it was like for him to be captive like that and that he wasn’t okay. And Naima knows and she’ll be there to help him as long as he lets her in.

And Davis doesn’t need to worry about Whitshaw anymore because five other complaints have been made against him and so the women on the ship were fighting back and Davis didn’t have to give up her promotion to help.