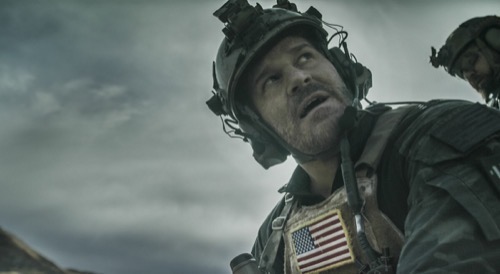 Tonight on CBS their new military drama Seal Team airs with an all-new Wednesday, January 27, 2020, episode and we have your Seal Team recap below. On tonight’s Seal Team season 4 episode 6, “Horror Has A Face” as per the CBS synopsis, “As Ensign Davis tracks Ray’s location to a shipping container in the Mediterranean Ocean, Bravo team becomes increasingly desperate to rescue their brother before it’s too late”

Ray was still missing. He had been kidnapped while on a mission to Tunisia and the team had been too slow to save him there. Their next best hope of finding their lost brother was to get to him on a ship. Ray was on a carrier ship. He was being transported to another location and he knew it would be a death sentence the moment the ship stopped. Ray didn’t want to die. He fought his captors in order to get his hands on a cell phone and unfortunately for him that phone didn’t have any bars. However, what he did have was Davis in his corner. She might not have seen him in a while. She may not have confirmed sighting that he was on a specific carrier ship and still that didn’t stop her. She found Ray.

Davis found him in spite of everything. She even informed her team that she found Ray. She believes he was on a carrier ship that was heading to Syria and that the ship was hugging the coastline in order to not draw attention to itself. Davis told Jason everything she knew. She even said the port in Syria was relatively safe for them and Jason disagreed. He thought it would be a bigger risk waiting to grab Ray. He wanted to rescue Ray now and so he prepared his team to move on the ship while it was still in motion. He and his team geared up. They were prepared for a water rescue, but that too was canceled because they underestimated how fast the ship was moving. The ship would make it to port long before the team made it onboard. And so they had to rescue their friend over land.

The team wasn’t happy about this. They felt they lost tactical value by going over land and they also thought the pilot flying their plane could have been a little faster on the ball. However, their complaints couldn’t change a thing. Something Jason realized and so he told his team to focus on the mission. They needed to find Ray. Ray was their goal and everything else could be dealt with or at least that’s what Jason thought. Jason’s problem was that he continued to underestimate the kidnappers. The kidnappers were used to flying under the radar because they knew Syria was heavily monitored and so two ships left that carrier ship. Either one could have Ray on it. The team also didn’t have a second drone to follow a second and they would have been lost if it hadn’t been for Ray.

Ray helped himself. He recorded a video and a message for help on the cell phone. He then hid it from the terrorists so that when they searched his cabin – they couldn’t find a single sign of the phone. Ray managed to hold onto the phone and he carried with it when he was moved to a vehicle. His message then went to his friends the second he got transferred to the trunk of a car. His friends found the message and they traced it back to an area being held by the AKM. The AKM were a terrorist organization. Their piece of Syrian land was under heavy fire from the Russians and so that provided perfect cover for BRAVO Team. They used that cover to get close to their terrorists. They heard Ray’s screams the closer they got to him.

Ray was being tortured. He escaped his binds while he was in the trunk and the terrorists realized then that he must have been trained. They believed he was trained by the Americans. They decided to torture Ray until he talked and he was doing his best to hold out when his friends arrived. They arrived just in time too. They got to Ray and they woke him up because he passed out. They were being shot at so there wasn’t any time to talk. They had to move fast and they couldn’t waste time going after leadership. Ray tried to tell them that he spoke to someone in charge. It was this person that decided to torture him and so that might have been a small part of Ray that wanted revenge, but they couldn’t focus on it with what little time they had.

Sonny picked up Ray. The others guarded him in the shootout and they got Ray back to their transport. Only the fighting was done. Their vehicle was followed and shot at the whole way back to the rendezvous point. The terrorists hadn’t wanted to give up on their targets. They were still shooting at them as the team took off with Ray onboard. The team had a small celebration when they were in the air and they also had a beer. Jason also talked to Clay. Clay asked Jason if he was going back to his desk job after this and Jason said no when the truth is he wasn’t sure. The past few weeks have reminded him how great it was to lead BRAVO. He had been full of worry for Ray only he also missed being with the team and solving their problems together.

Sonny also apologized to Ray while they were up in the air. His last words to his friend hadn’t been good and after Ray’s kidnapping – Sonny hadn’t been sure if he would ever get the chance to apologize. Ray accepted his apology because there were things he regretted too. Ray had told Jason to let BRAVO stand on its own and still, when he thought of being rescued, he thought Jason would be leading the team. He was glad to see his friend. He was also glad to see his family who had been waiting for him on the tarmac after they landed. Ray went to the hospital with his family to get treated for injuries. Most of the team went out for beers to celebrate and Jason just walked around for a bit.

Jason knew he was returning to a desk job, but that wasn’t what he wanted.