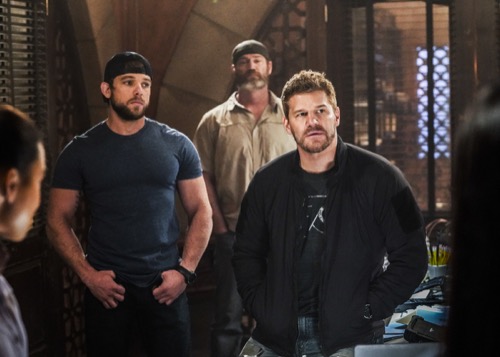 Tonight on CBS their new military drama Seal Team airs with an all-new Wednesday, March 10, 2021, episode and we have your Seal Team recap below. On tonight’s Seal Team season 4 episode 9, “As Ray continues to lead the mission in Syria, the stakes grow higher when members of the team learn the truth about their target.”

In tonight’s Seal Team episode, Ray isn’t himself. He hasn’t been himself since he was kidnapped and tortured. Ray was still dealing with the trauma from that time. He hadn’t gotten helped. Men in his position tend not to seek out help from those who can offer it and so his mental health was ignored.

Ray didn’t even like talking about what happened with friends. He told everyone he was fine and he pretended he was because anything else was seen as weakness. Ray thought the cure for his PTSD was to get back to work. He thought the best way to help himself was to act like everything was normal. Yet, that all changed after he realized who the target was. The target was Ray’s torturer and he wanted to stop the guy more than anything.

His whole focus came to be Raqqa Jacques. Jacques was an alias the man was using and he was named the target long before Ray knew about it or him. Ray learned that Jacques was really Yassine Kassan from Davis. Davis was the one who did the intelligence briefing on the man and so if she hadn’t told Ray the truth – he never would have known. He knows now because of her. Ray was set on taking down Jacques and he didn’t want Jason to know.

He didn’t want Jason playing hero by protecting him. Ray was a Warrant Officer now and he wanted to run this mission like one. He wasn’t playing second fiddle to Jason anymore. He also doesn’t want Jason checking up on him or acting like everyone else in Ray’s life right now.

Everyone has been asking Ray about his health. He was tired of the questions at this point and he didn’t want more of the same from Jason however Davis went behind his back and she told Jason the truth. Jason confronted Ray. He asked if he came back early because he wanted to carry out a vendetta and Ray told him that’s not what happened. He came back early before finding out what the mission was.

He had no idea that Jacques was his torturer and he told Jason that he was just doing his job now. He wasn’t making it personal. Ray didn’t tell Jason about his lack of his sleep or that when he does sleep he sees this torturer in his nightmares. Ray wanted revenge. He would have been happy to have claimed it only he was trying to be professional.

They were there to gather information on Jacques. Ray and the others were supposed to grab a lieutenant at best and so Ray wanted to go for a smaller target and Jason disagreed. Jason didn’t want to let the chance to get this man pass. He too wanted revenge for his friend and, unlike Ray, Jason had a whole team at his back. The team was in a foreign country where Americans weren’t wanted.

Their mission was to grab a lieutenant and to do it quietly. Jason decided to change that mission once he saw Jacques. He decided to use live weapons and he put a tail directly on Jacques. The rest of the team accepted the change in orders. Or they did at the time when it was all happening and then later they questioned Jason when they went back to the safe house.

Clay was especially talkative. He wanted to know why they ignored direct orders and so Jason pushed Ray into a corner. He made Ray give the team the reason. Ray told them the man they broke orders for was the same man who tortured him and so the team understood why the orders changed. They also stopped questioning it. They all wanted revenge for their friend and they didn’t care how they got it. Jason also worked up Ray.

Davis told Jason the truth because she thought he would calm down their friend and instead he did the opposite. He convinced Ray that the one way to get past his trauma is to kill Jacques. And so Ray didn’t stop caring about everything else because he was so focused on killing one man.

Ray even stopped caring about Zied. Zied had been the man that was taken prisoner alongside Ray and the two were tortured together before Zied was ultimately killed. Ray asked Davis for her help in finding Zied’s family. He wanted to bring the family some closure and yet that changed after he talked to Jason. He now no longer sees a point in talking.

He told Davis that talking wasn’t going to help and what was left unspoken is that he hoped killing would do the trick. Ray justified killing Jacques. Jacques recently set off a bomb that killed eight people. He was a monster and he needed to be stopped. It was just Clay that questioned how far they’re willing to go. He talked to Ray and Ray reminded him that the team got revenge for him after his leg was almost blown off. And that Ray was just asking for the same support.

The team later moved on to an encampment. They were given serious intel that Jacques would be there and so they broke orders again just so that Ray could kill his torturer. Ray later found Jacques. He shot and killed Jacques. The team was doing it best to leave the encampment without injury when Sonny got hit and so they rushed him back to the plane. Clay blamed Jason at first for what happened.

He had needed to calm down some and once he did he told Jason how it wasn’t his fault, but Jason responded by saying yes it was his fault. He was Bravo 1. He makes the decisions and his latest decision almost cost them, Sonny. And Sonny couldn’t die right now. Sonny was about to become a father. He got an old friend pregnant on a visit to Texas and he wants to be a part of the child’s life. He also wants to keep Davis.

Sonny later told David from his hospital bed that his ex was pregnant. Sonny has always told himself that he would never be like his own old man and so he couldn’t give up his child. And Davis knew that.

The other guys went to the bar like they normally would do after a mission. They were there when NCIS showed up and they arrested Jason for breaking some naval code or another.