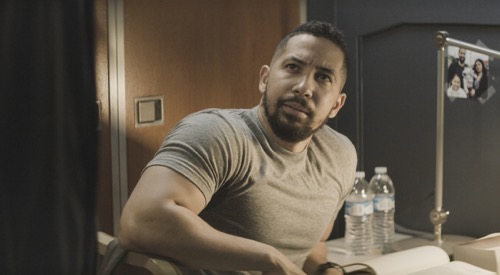 Tonight on CBS their new military drama Seal Team airs with an all-new Wednesday, May 19, 2021, episode and we have your Seal Team recap below. On tonight’s Seal Team season 4 episode 15, called “Nightmare of My Choice,” as per the CBS synopsis, “Bravo joins forces with Alpha team to protect a crucial Nigerian pipeline that is under attack by Boko Haram.

A team member is injured and Jason and Clay fight to save his life; Bravo discovers that an even more dangerous enemy is attacking them.”

In tonight’s episode of BRAVO Team were still on the naval ship together. They were living in close quarters after a successful mission and, in spite of said mission, there was tension because there were still a few things they haven’t addressed out in the open. Sonny was drinking again. He was drinking to the point of drunkenness.

He was doing it more than once. He was distancing himself from his best friend who happens to be Clay and so the two of them have been making snide remarks at each other. Sonny doesn’t want to stop drinking. Clay wants him and that creates tension. The two were so busy arguing that Sonny didn’t even reveal Hannah had the baby. She had a baby girl. She and the baby were both healthy. And Sonny didn’t mention a thing.

It took Clay walking in on Sonny for Sonny to reveal the information. Sonny was smashing view pieces of pottery because he spoke with his dad and his dad now believes being a grandfather wipes the slate clean for being a horrible father to Sonny. Sonny was complaining about this. He revealed why he was upset when Clay asked and that’s how Clay found out Sonny was a father. Clay understands complicated parental relationships.

He told Sonny that he needs to focus on his daughter and that’s not what Clay was saying last time. Last time, Clay was telling Sonny that his excuses for getting drunk were weak and one his daughter wouldn’t even believe them. Sonny, therefore, didn’t mention becoming a father because he and Clay have been in a tizzy ever since.

They weren’t the only ones fighting. Jason and Ray were fighting as well. Jason saw how Ray was on the last mission. He saw how affected Ray had been by rescuing an American prisoner being held by a terrorist. Jason tried to get Ray to talk about it and Ray refused. Ray claimed the only problem he has is with his marriage. He and Naima haven’t been speaking. Their relationship was on the brink of collapse and yet Ray was doing nothing to fix it.

He was the problem in the relationship. He didn’t talk to anyone about how he was feeling and it was grating on both Naima and Jason. They were tired of the excuses. They wanted him to and he just couldn’t. Ray told Jason to focus on the mission. He believes he’s squared away because he helped on the last mission and he didn’t want to hear anything else.

BRAVO Team was assigned another mission. BRAVO would later join other forces to protect a crucial Nigerian pipeline under attack by Boko Haram and this wasn’t their first beef with Haram. They freed his prisoner on the last mission. On one of the missions before that, they helped deliver one of Haram’s men who defected and so BRAVO has been slowly cutting away at Haram’s support.

This mission tonight was supposed to be easier because all they had to do was guard something, but a group of men/soldiers showed up and they started firing at BRAVO. BRAVO had been warned about this group. Davis called to tell them that the men were in the area and so BRAVO had been on guard but unfortunately accidents do happen. The team couldn’t plan for everything. They couldn’t plan for an RPG.

Back on the ship, Davis was also dealing with issues. She was facing repercussions from Whitshaw and she knew he could sink her promotion if she kept going after him but she didn’t care. She was going to pass on this latest promotion. She felt she would be better served in taking down a known predator and so Davis was going through a lot the team didn’t know about. She kept it to herself.

She focused on the mission and she later proved crucial in getting the team back up after they ran into the RPG. One of the men on BRAVO was injured. It was Metal and he was left unconscious. Jason and Clay worked together to get Metal safely back to the rescue helicopter. The other men on the team were still fighting against Haram’s men and so the helicopter helped them out by firing at the men as well as they were leaving to transport Metal back to the ship.

Jason and Clay stayed with Metal. They stayed on the helicopter with him and they saw what shape he was in. Only one side of Metal’s body was rising. One of his lungs wasn’t working, he also has a gaping wound in his abdomen, and he has gashes on his side. Metal’s health was precarious. He could die and, while Jason was away, he left Ray in charge. Ray had pretended he was fine.

He even thought so himself until one of the men was being attacked by Haram’s men and Ray froze. Ray was instantly transported to a different time different place. He didn’t see the situation as it was. He froze and Sonny had to kill the guy and everyone saw. Jason overheard what happened on his radio. He realized he had to rush back with Ray falling apart like he was and in the meantime Metal regained consciousness.

Metal woke up. He told the guys that his leg feels broken and so they checked it. It was broken. It probably happened when Metal was thrown in the blast and surprisingly he was laughing about it. He asked Jason and Clay not to tell the other guys he wasn’t made of metal. Back at the forefront, BRAVO was outgunned and outmanned. They were getting reinforcements but even those reinforcements wouldn’t be enough and Ray was still the one leading the team. And so there’s no telling what can happen.