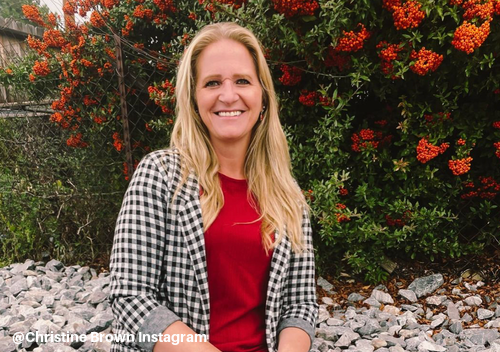 Sister Wives spoilers reveal that Christine Brown confirmed earlier this week that she left Kody Brown. The couple was unofficially married for 25 years and have six children together. Former polygamist and Christine’s aunt, Kristyn Decker, shared her thoughts and said the reality star wasn’t happy from day one of the marriage.

Sister Wives spoilers reveal that Christine hasn’t had it easy since marrying Kody 25 years ago. However, things really got tough when the COVID-19 pandemic caused a national lockdown. That is when things really began spiraling out of control as Christine mentioned barely seeing Kody at all.

In the trailer for the TLC reality show that was released earlier this year, Christine completely lost control. During an emotional explosion that was filmed, Christine cried and screamed about her failed marriage. At the time, Christine also made it abundantly clear that she didn’t want to work it out and was thinking about leaving.

Fans predicted that Christine was reaching her breaking point and that turned out to be accurate. On Instagram, Christine confirmed that her relationship with Kody is over.

“After more than 25 years together, Kody and I have grown apart and I have made the difficult decision to leave. We will continue to be a strong presence in each other’s lives as we parent our beautiful children and support our wonderful family. At this time, we ask for your grace and kindness as we navigate this stage within our family.”

Sister Wives spoilers reveal that Christine wasn’t the only one to talk about the split. Kody also confirmed the news. On Twitter, he wrote,

“Christine’s decision to leave comes with a great deal of sadness. We enjoyed many years together and I have a large amount of respect and admiration for her. Although we are moving forward on different paths, we will always remain committed parents.” 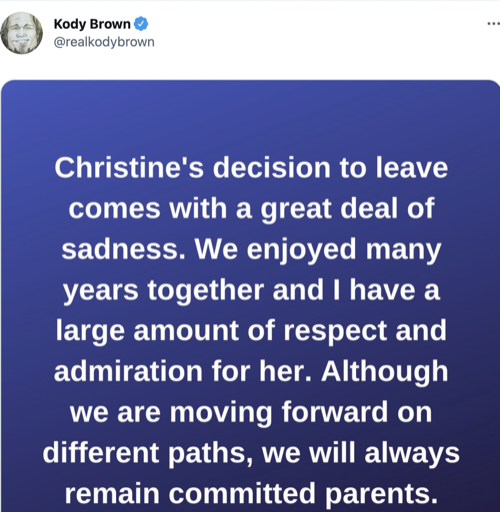 Christine’s aunt, Kristyn Decker, is a former polygamist. She opened up during an appearance on the podcast, “Reality Life with Kate Casey.” She said,

“I could see it coming. I don’t think Christine’s been genuinely, what I call genuinely, happy since day one… Just from my own experiences… I think that as soon as another wife comes into the family, the whole dynamics change. The marriage is never going to be the same…I’m not sure [you can] even call it a marriage. But as soon as my husband took a second wife, our marriage was never the same and it was never going to be.”

Be sure to catch up on everything happening with reality TV right now. Come back often for Sister Wives spoilers, news and updates.