Sister Wives Spoilers: The Brown Family Is Coming Apart At The Seams 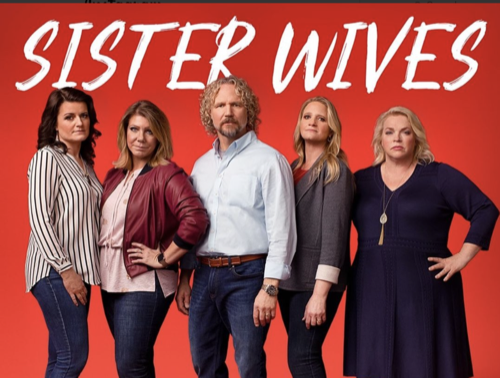 Sister Wives Spoilers suggest that Kody Brown’s family is coming apart at the seams in season 16. Can the Brown marriages be saved?

Coming Apart At The Seams

Sister Wives Kody Brown’s polygamy hell may be getting worse, or better depending upon how he looks at things. The previews show Kody and Christine Brown discussing her desire to move to Utah. Kody wants no part of Christine’s plans and she walks away saying she doesn’t want to talk to him. Kody then speaks to Robyn and Janelle before informing them that he wants his own lot on the property. Now it seems that there will be another lot to decide how to divide it because Christine Brown will not be there at all. Christine and Kod announced their separation a few days ago. Now that Christine has moved to Utah who will get her share of the property? Will Kody keep Christine’s share for himself and choose to build his own home there?

Christine No Longer Wanted To Move To The Property

Before Sister Wives Christine announced her separation from Kody, she adamantly stated that she no longer wanted to live on that property. Christine stated that she wanted to move to Utah but she also explained that she didn’t want to see Kody having a happy marriage with one wife while she felt like her marriage was falling apart. Christine simply could not stand to look at Kody being happy with another wife when she wasn’t happy in her marriage and who can blame her? It has to be painful to love a man who has more than one wife in the best of times, but not when you used to be a happy part of that group with your children.

Paperwork Was A Red Flag

When Sister Wives Christine sold her house she was listed as a single woman. Rumors are that Kody signed the property over to Christine months ago. Now Christine has sold her home and moved back to Utah. Of course, Ysabel Brown moved out months ago leaving Christine with Truly, her only child living under her roof. Christine’s older children have a life of their own and don’t rely on their parents being together for anything. Now the Brown family is spread out into at least three states. Will Truly get to have a lasting relationship with her father? Will Kody get past his Covid paranoia and visit his daughter with Christine?

Christine and Kody’s split may give him even more reason to not visit with Truly because of his Covid issues. Will Kody regret his actions after it sinks in that Christine is gone? Has Kody pushed Christine out to have more time with Robyn?

Be sure to catch up on everything happening with Sister Wives right now. Come back here often for Sister Wives spoilers, news, and updates.