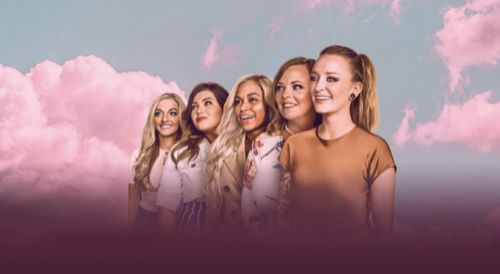 Tonight on MTV Teen Mom OG returns with an all-new Tuesday, February 2, 2021, episode and we have your Teen Mom recap below. On tonight’s Teen Mom OG Season 9 episode 2 as per the MTV synopsis, “amber is shocked when Gary asks her to move onto his property. Catelynn pursues a career in micro-blading while Mackenzie accepts a job opportunity in Florida. Bentley starts therapy and Maci is heartbroken when she finds out he feels neglected”

In tonight’s episode Mackenzie gets a call from Justice Nutrition. The CeO asks if she can move to Florida for more opportunities. She needs to talk to her family.

Gary talks to his wife Kristine about having Amber move near them. His wife jokes that he cannot sneak out. Corey drops by to speak with Cheyenne. He tells her he has an opportunity to go on the challenge. Cheyenne isn’t thrilled but he points out he can make money. She is fine after they talk more. He tells Ryder who is also fine with it.

Maci calls to set up a session for Bentley and his dad. His therapist wants to meet with Bentley first. She tells him in the car. Bentley is fine.

Mackenzie meets with her sister to tell her about Florida. Her sister is supportive and tells her to go. She calls Josh who tells her he isn’t going to say no but they cannot be together. They won’t see each other. He says goodbye, letting her go abruptly.

Gary and Kristine bring up the possible adding a modular home in their back yard to Amber. She is happy for their invite but wants to think about it. Meanwhile, Cheyenne heads to see her friends. She talks about Corey leaving to the Challenge. Eventually he won’t be able to take off so much.

Catelynn tries out her micro blading technique on her mom with her mentor there. She does a great job. Back at home, she talks to Tyler about a business.

Ryan’s parents talk to a show’s producer. They understand Ryan’s frustrations and triggers, one of which is Maci. Ryan’s dad will not give up on his only son and is also upset he hasn’t seen Bentley in a month.

Mackenzie tells her dad about Florida. He gets quiet but tells her to do it. She thinks this will be good for her and the kids. She calls the CEO and tells him.

Amber and Kristina hang out. They talk about her struggles and how well she is doing now. They are all one big family.

Corey and Cheyenne hang out with Ryder and talk about his challenge. Ryder gets sad. Meanwhile, Maci speaks with Bentley’s therapist. His therapist tells her how Bentley feels neglected by his father. All of this makes Maci sad and upset.