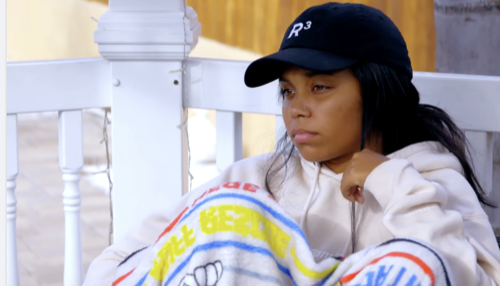 Tonight on MTV Teen Mom OG returns with an all-new Tuesday, March 23, 2021, episode and we have your Teen Mom recap below. On tonight’s Teen Mom OG Season 9 episode 9 called, “Where Do We Go From Here,” as per the MTV synopsis, “Cheyenne shocks Cory with her news; Amber struggles when her dog’s health is deteriorating.

Catelynn and Tyler fear that Nova might have a learning disability; Mackenzie celebrates her 26th birthday; Maci is caught in the middle of a shootout.”

In tonight’s Teen Mom episode, Maci was still shocked by the interview. Her son’s paternal grandparents went on record that they don’t see their grandson as much as they used and this account was used to bash Maci. People think she’s the one stopping her son from seeing family. They don’t believe it was Bentley and the truth is that Bentley is the one that wants space.

He doesn’t want to visit his grandparents so much because he was getting older. He also didn’t want to be around his father outside of therapy sessions and his grandparents didn’t respect his choice. They would sneak in moments with his father. They did this even after Bentley told them what he wants and so that’s why he doesn’t want to go around there anymore. He still sees them every now and again, but why should he make an effort with people who don’t respect him or his desires?

His grandparents didn’t even see where they went wrong with the interview. They tried to play it off as if they were questioned and were simply answering it. They have yet to acknowledge how this interview could affect their grandson. Bentley didn’t like the attention and he just wants to be a normal kid. He doesn’t want to be dragged into seeing his grandparents against his will.

His mother isn’t going to force him and so the interview was pointless. It just further distanced Larry and Jen from their eldest grandson. Then there was Amber. Amber was going through a personal crisis because her dog is sick and this is the dog that’s been with her through it all. Madison was there when Amber’s kids were babies.

Madison was thereafter each time another one of Amber’s relationships failed. Her dog has been a longtime friend and it’s going to hurt to lose her. Amber’s dog is old. These dogs can’t live forever and so the loss isn’t a question. She’s bound to bury her number one companion. Only she doesn’t wish it was now because there was so much else going on. Amber was working on her relationship with her daughter Leah and she was trying to deal with Covid-19 and she was also feeling a little lonely.

She was dealing with a lot. Amber called Gary to warn Leah. It was going to be tough on Leah to lose the family dog as well and so Amber tasked Gary with breaking the news. He later talked to their daughter about it. He asked her how she was feeling about the idea of the dog getting put down and Leah agreed with Gary that it was probably for the best. She didn’t want the dog to be in any pain.

Gary also tried to explain to Leah how tough this was on Amber, but the little girl didn’t seem to care. She cared more about doing her homework than calling her mom to check on her. Leah and Amber have been having problems only no one would have thought it would be this bad. Mother/daughter relationships are complicated.

Mackenzie was lucky in the sense that her own mother was like her best friend and that the two were so close. This makes it even harder for Mackenzie to live without her mom. She was struggling right now with the loss. Her mother was such a strong presence that Mackenzie naturally thinks about her every day and it reminds her of the ache she’s feeling.

Mackenzie’s mom died of cancer not that long ago. She was the one taking care of the family and she helped Mackenzie back when she was sixteen and pregnant. Mackenzie now wishes she could speak to her mom about Josh. Josh came down to Florida to visit the kids and he’s been there for months now. He and Mackenzie were getting along. They even seemed to be working on their marriage and so things were better than they used to be, but Mackenzie would normally have turned to her mother for advice and her mother would know just what to say.

Mackenzie recently celebrated a birthday as well. This was her first birthday without her mom and so she did something that brought her mom to mind. Her mother used to love running. Mackenzie went for a run on her birthday and she called her mom about it.

She still calls her mom. Mackenzie leaves her messages and videos. She speaks to her mom as if she was still there and it helps her. It helps to know that she can still talk to her no matter where she is. Mackenzie celebrated the rest of her birthday with her family. Her husband Josh put together a flower arrangement for her and even the kids did something nice for mom.

However, on her way to pick up Bentley, Maci stopped at a gas station and she was there when a shootout occurred. Maci had been so scared that she ran off to hide in the bathroom. She couldn’t even leave once it was over because she was still shaken up and so she called her husband. The producers hadn’t known what was going to happen next. The only thing they were told was what Maci went through and that she called her husband for support.

Meanwhile, Cheyenne revealed her pregnancy to Cory. Cory is the father of her older child Ryder and he’s been away filming “the Challenge” for the past three months. When he went away, Cheyenne hadn’t revealed she was back with her other ex Zach. He found out about Zach and then the two of them looking at places all the while he was away filming the competition.

Now, this pregnancy was sprung on him as well. One of the first things Cory did was to congratulate Cheyenne. He was happy that she was happy and he also told her that he needed to have a relationship with Zach seeing as they were now both fathers. Cory wants a relationship because he thinks it will be best to know the other man who was going to be a part of his daughter’s life. And he was right to want this relationship.

Catelynn and Tyler spoke about trying for another child. This conversation was put on pause once they learned how much it was going to cost to choose their baby’s sex and now they were focused on other things. Like their daughter Nova’s schooling. Nova was at kindergarten and her first test scores were bad. She has a hard time recognizing letters and Tyler was openly concerned that she might have developed his learning disabilities.

Tyler has always struggled with school. He thought it was a miracle when he graduated and he didn’t want that for his daughter. He was worried for her. Tyler freaked out when he saw her test results and it was his wife who kept a calm head. She reminded him that they can help Nova with her schoolwork.

Neither Catelynn nor Tyler ever had that with their own parents. The two can be different with Nova and if it’s really bad then they can always hire a tutor to help their daughter where they couldn’t. They also had to remember that Nova is still in kindergarten. She’s a baby still. She has plenty of time to learn her letters.