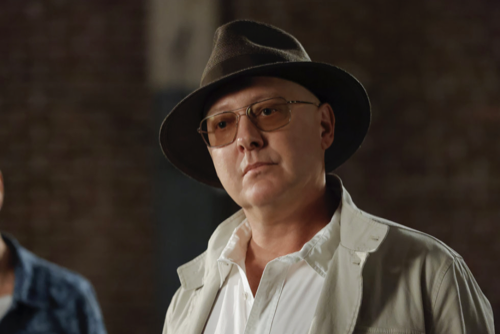 Tonight on NBC their hit drama The Blacklist starring James Spader airs with an all-new Thursday, October 28, 2021, premiere episode and we have your The Blacklist recap below. On tonight’s The Blacklist Season 9, Episode 2 called, “The Skinner, Conclusion”,  as per the NBC synopsis, “A kidnapping poses a test for the capabilities of the Task Force as they contend with a mysterious pirating organization.”

The episode begins with Chen and his family, they are kidnapped, but together. The Skinner is there and tells Chen they are going with plan B and he is going to die when he hears it.

Dembe is with Ressler, He tells him that Red has resources and so does Skinner. Ressler asks him why he became an agent, what’s his secret agenda. He Dembe doesn’t answer the question but says that they are outmatched and unless they get the help they are not going to save Chen and avenge his partner’s death, not that Ressler cares. Ressler makes a call to Cooper and tells him to reach out to the senator, he does and she is not happy to see him. He tells that the reason the microchips were not taken is because of Dembe Zumba. He has been badly hurt, his partner was killed and benched pending an investigation. He got the band back together, she tells him she broke up the band. And, she tells her that Red gave them a lead, the microchips were not taken but the Engineer who knows how to make them was. He says to imagine that information being in the hands of their enemy. He tells her about Skinner, and the current one is Graham Anderson, he abducted the engineer and his family, and they can’t solve this case without her help. She wants to know what he needs, just in case she decides to help.

The team returns to their old digs, Park gets a call from Peter, and Cooper reminds her that they are on the clock. Ressler finds Red in Liz’s office and asks him what he is doing there. Cooper walks in and wants to bring him up to speed, Red asks to do it in his office alone.

The Skinner brings Chen to SCG Microchips, Chen says it is just a satellite office and his plan will not work. Chen says the program the Skinner wants is only kept in Taiwan. Skinner doesn’t believe him, he tells him that he is the CTO and he can bypass the security protocols and gets him what he wants. Skinner tells Chen that the safety of his family is in his hands, and when he goes in, he has someone inside and he will know everything that he says and does.

Back to the team, Cooper updates Red, Aram is in the room and asks Red what happened to his hair, he says he shaved it, not enough electricity where he lives. Cooper looks in his drawer and is upset that his scotch is gone. Aram says there is nothing in the bureau’s database about Chen and SCG has not report him as missing. Red says Donald paid him recently and he reminded him that Liz only took over his affairs because she felt a duty to take over the Blacklist, that’s why she was there that night, doing her duty. He is not there to just help Cooper, he is there because it is what she would want. Red tells him next time he will bring him a bottle of rum. Red tells Dembe he is happy he is better and he congratulates Park on her recent marriage.

Park finds out that Chen is at the local SCG. Meanwhile, Chen makes a call to Taiwan and asks Pai-han to access his files on his computer. There’s a program on the desktop called 6-3-2-9. The program sill put the network in diagnostic mode, suspending its tracking ability. Pai-han in Taiwan tells Chen that he is overriding the security protocols. Chen says yes, he has to download the files and if the network is in diagnostic mode, the system won’t trigger an alarm. He goes on to say that he can’t explain now but a man is holding Wei and Shu and if he doesn’t do what he says, he will kill them. Pai-han reveals that he is the one that involved Chen and he has to do what the man says.

Red goes to the golf course, the Skinner’s predecessor, and tells him he wants him to take the present Skinner off the ledge.

Pai-han tells Chen there is new software on the system, but he does successfully transfer the files. The team sees Chen leave SCG, Park puts her siren on, she and Aram are following him. They finally block Chen’s car and stop him. Park and Aram get out of the vehicle, guns pointed at Chen, and demand he gets out of the car.

Red goes to see the predecessor’s predecessor, he needs both of them to get the present one taken down.

The team is discussing Chen and the software, Cooper says he is worried about Chen’s wife and daughter. Chen calls Skinner and tells him he has it, but he wants to speak to his wife first.

Aram meets with Chen, he gives him some glasses that are a tracking device, they are going to follow him to the switch over to get his family.

Chen gets into an SUV and is taken to where his family is being held, which looks like a shipping warehouse. Dembe, Aram, and Park are nearby. Inside, Skinner has his drive and is happy, Chen looks around for his family, Skinner says he is not letting them go until he is sure that the information on the disk is accurate. Chen starts to panic and says it wasn’t his idea, it was the FBI’s idea. Dembe and the team move in. Skinner shoots Chen’s wife in the leg, he says he won’t kill Chen because he is the golden goose and he demands the team to show themselves. Cooper tells the team to hold their position. The team show themselves for worry that Skinner was going to shoot Chen’s daughter. Just then, Red walks in with Vincent Duke and the Captain, the two predecessors. Duke says they issued a code red, the captain says she likes ruthless but not stupidity. Skinner’s own men turn on him, saying they work for the organization, not for him. The Skinner pulls out his gun to shoot one of his men and he gets shot dead in return. Duke asks Red why he is there, but then he figures it out, Red wants to choose the new Skinner.

Red doesn’t disappoint, he brings Cooper the bottles he promised. He tells the team that his immunity deal has been reinstated and the senator is going to bring back the task force and bring everyone back to the FBI fold.

Ressler is in Liz’s office, Dembe walks in and says the reason he became an agent is because of him. One of their anyone. Red tells Cooper that he is back because he has unfinished business.

Red is the new Skinner, gets the tattoo on his leg, the task force doesn’t know.