The Bold and the Beautiful Spoilers: Liam Stripped of Paternity This Spring – Steffy & Finn Leave LA 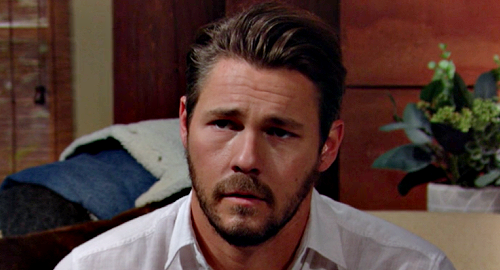 The Bold and the Beautiful spoilers tease that Liam Spencer (Scott Clifton) will be identified as the father of Steffy Forrester’s (Jacqueline MacInnes Wood) baby. But his status appears to be falsely gained.

Viewers have been led to believe that Vincent Walker (Joe Lo Cicero) is the leading candidate to have changed the test results. His motivation would be to help Thomas Forrester (Matthew Atkinson).

If the above plays out as expected it would be reasonable to believe that Liam could be stripped of his paternity by late spring, with Steffy and John Finnegan (Tanner Novlan) temporarily leaving Los Angeles, California, prior to the time when their child will be born.

Bold And The Beautiful Spoilers – A Steffy June Birth Is Possible

It’s still spring until Sunday, June 20, in the Northern Hemisphere. Wood will have had her second child with her real life husband long before then. A maternity leave will have happened and possibly could be nearing it’s end.

Considering advanced filming schedules, Steffy will need to be written off-screen within the next few months. Some reasonable explanation will be presented to the viewers leading into that happening.

Assuming that Liam is named as the dad, then he and Hope Spencer (Annika Noelle) will be forced to confront the revived problem in their marriage. The conflict centers on Liam’s pattern of running back to Steffy, over the course of years, whenever he felt that her specific advice was needed.

Hope remains flabbergasted that Liam chose to believe she would betray their marriage vows by kissing Thomas. Liam counters by saying that his mind turned into mush after he was sure he saw Hope violate his trust.

Lope will believe that Liam and Steffy are expectant parents and with that Hope will be very distraught. Noelle’s character has been increasingly impressed by the efforts Thomas is making to reform himself, which includes urging Hope to remain with Liam no matter the paternity test results.

Bold And The Beautiful Spoilers – Steffy Forrester Needs To Get Away

B&B’s writing staff is storyboarding a creative, temporary exit for Wood. Some advanced scenes could be filmed, along with remote location phone shots while the actor is actually off the set. But Steffy’s general absence will need to be offered even if those techniques are used.

One believable scenario would have the paternity test switch uncovered late this spring, followed by Steffy and Finn’s total adulation reaction shots being shown.

Together, Sinn would then head off to Forrester’s European division to spend an extended period of couple’s time together. They would return later in the summer, just prior to their first child’s birth.