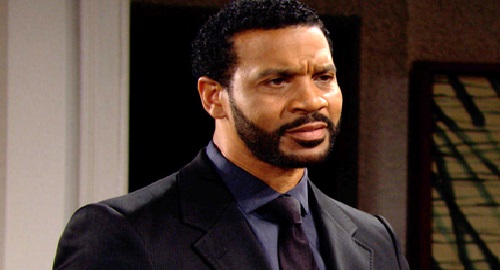 Ridge is waiting for answers on whether Quinn was unfaithful to Eric, so Justin will admit he caught her in bed with Carter Walton (Lawrence Saint-Victor). That’ll bring Ridge’s immediate fury, though he won’t really be surprised since he believes this is how Quinn operates.

Of course, Ridge hoped he was wrong, but he’ll feel confident that Justin’s discovery proved Quinn hasn’t changed one bit. Justin may mention that Quinn and Carter were full of excuses, but he probably won’t go into too much detail.

That’ll be Quinn’s job once Ridge confronts her later this week, so she’ll eventually have a chance to explain the ED and arrangement story herself. Ridge isn’t going to believe Quinn’s version of events, so that’ll continue to complicate things as this storyline moves along.

In the meantime, Katie will give Eric the gentle nudge he needs to come clean. Eric isn’t keen on talking about Quinn anymore, so Katie may focus on Eric and how he’s feeling. She’s genuinely concerned about Eric’s well-being and wants a happier life for him if that’s possible.

B&B spoilers say Katie will manage to tear Eric’s walls down on Wednesday. Eric will get choked up as he shares an intense moment of emotional release with Katie. They’ll strengthen their connection as Eric confesses there’s indeed something going on with him.

Within the next episode or two, Eric is set to reveal his erectile dysfunction and his complex desire to make sure Quinn’s fulfilled. No matter how much Eric divulges on Wednesday, he’ll at least get this confession started and leave Katie just as emotional about his defeated state of mind.

Everything will make sense to Katie soon, but Ridge will make the situation even messier with his Quinn takedown determination. We’ll provide updates as other B&B news rolls in.