BY Heather Hughes on January 4, 2021 | Comments: Leave Comments
Related : Soap Opera, Spoiler, Television, The Bold and the Beautiful, The Young and the Restless 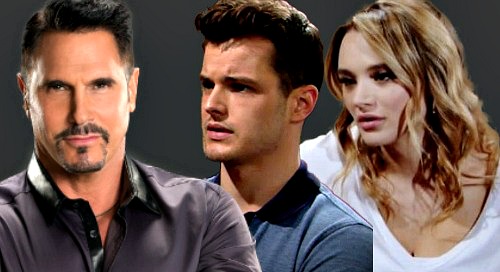 The Bold and the Beautiful (B&B) spoilers tease that Bill Spencer (Don Diamont) will soon renew his pursuit of true love. B&B fans know Bill has blown it more than once with Katie Logan (Heather Tom), but he’ll soon be ready to carry out another reunion mission.

Although Bill’s had a fickle heart over the years, he’ll settle on Katie as the one and only woman he wants for the rest of his life.

Of course, Bill may change his mind down the road since that’s just how things go on B&B! Nevertheless, this is sure to be a romantic story for now. It turns out Bill will get help from two surprising people as he works to convince Katie they’re meant to be together.

The question is: Who will those two surprising people be?

If B&B wants to deliver some unexpected allies, they’ll have to look outside the pool of usual suspects.

TV Insider confirms The Bold and the Beautiful is doing a crossover special with The Young and the Restless starting the week of January 11-15.

The Young and the Restless and Bold and the Beautiful spoilers say Summer Newman (Hunter King) will meet with Bill Spencer (Don Diamont) as well as Wyatt and Flo in her quest to take down Sally Spectra (Courtney Hope), who now lives and works in Genoa City.

Bill had quite a battle with Sally once upon a time, so he could certainly tell Summer some war stories. Naturally, we have to wonder what Summer might offer in return. Bill’s a businessman at his core, so makes sense for there to be some sort of deal here.

Could Summer and her Young and the Restless love interest, Kyle Abbott (Michael Mealor), be the surprising people who help Bill win back Katie?

Summer might think Bill’s reunion mission needs a woman’s touch – and Kyle’s connections back in GC could come in handy, too. Maybe Bill will mention something about Katie that sparks Summer’s interest and sets a grand romantic plan in motion.

Whatever the case, this crossover is sure to bring some entertaining twists on both soaps! B&B fans and Y&R viewers will definitely want to tune in! As other news comes in, we’ll bring you the latest updates.