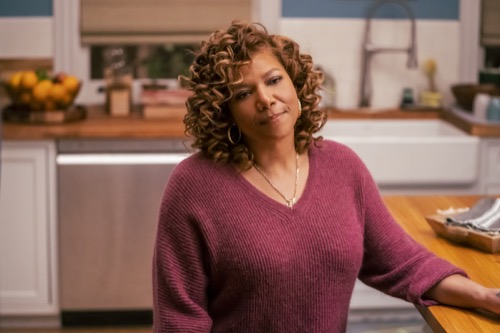 The Equalizer airs tonight on CBS with an all-new Sunday, February 21, 2021, season 1 episode 3 called “Judgment Day,” and we have your The Equalizer recap below. On tonight’s The Equalizer episode as per the CW synopsis, “McCall endeavors to help an escaped prisoner wrongly accused of murder who is too distrustful of the justice system that failed him to accept her aid.

Also, McCall worries when her daughter, Delilah, stops hanging out with a close friend, and Detective Dante’s search for McCall takes an unexpected turn.”

On tonight’s The Equalizer episode Robyn McCall was worried about her daughter. Her daughter Delilah used to be best friends with Jasmine and the two girls were grew to especially be close after Delilah’s parents went through a divorce. However, things now seem to be different. The girls ignored each other in front of school and McCall doesn’t know why. Her daughter didn’t tell her that there was a problem between her and Jasmine. Jasmine still greeted McCall like she normally would.

Neither of them let on that there was a problem but McCall could be tell because of her training and her training was coming in hand on another task as well. McCall got a new case. She was contacted by a lawyer working for Dale Aldridge and he wanted her help because he believed his client is innocent of the crime that got him a life sentence. And unfortunately Aldridge ran out of appeals.

Aldridge was so desperate to prove his innocence that he broke out of prison to do it himself. He was now on the run and the police were looking for him. The same police that thought he was a violent criminal. Aldridge was believed to have murdered someone. The police thought he was behind a string of burglaries in the Great Neck area and that he killed Carol Walton an ER nurse because she had happened to be home during another burglary attempt. Now, Aldridge didn’t have a record nor a history of violence. The only thing the police that proved he murdered Carol was that he was seen in the area and yet that makes sense because Aldridge was a blue collar guy working in that area.

There was no concrete evidence that proved Aldridge killed Carol. There was nothing to even prove the burglaries and so McCall took this case. She tracked down Aldridge. She found him before the cops she did and she questioned about his escape. Aldridge told her that he left prison because he and his cellmate Tommy were going to prove a man named Preacher killed Carol.

Preacher was Tommy’s cellmate before Aldridge. He confessed to Tommy that he was responsible for the burglaries. He was also released and was now out and about. Preacher whose real name is Reginald Floyd has since found God. He volunteers at the church or church-related charities and so Aldridge thought he could just talk to this guy. And now he believes he might have been in over his head because someone killed his friend Tommy.

Tommy was dead. The police thought it was Aldridge who did it. They also organized a task force in hunting Aldridge down and so McCall told him to lay low. She said she got this. She later tracked down Preacher and she interrogated him. He admitted to the burglaries.

Only he said he didn’t kill Carol. He had an alibi that night and the only reason he didn’t speak up when it was blamed on Aldridge was because he knew what would happen to a poor black man accused of murdering a white woman. Preacher was sorry about what happened to Aldridge, but he didn’t murder Carol and he therefore had no reason to murder Tommy. He was innocent of murder. He convinced McCall of this and she felt the police had overlooked someone closer to Carol.

Carol was an ER nurse. She was found by her best friend and fellow nurse Elaine Gibson. McCall spoke to Gibson. She said that Carol tended to take things to heart. They were both nurses during the first waved of the opioid crisis. Carol had told her friend at the time that she was going to look into who were behind the false prescriptions.

She had even told Gibson on the day she died that she did find a name. This alone could be the reason why she was killed and so why was it buried. Gibson told the police about what was happening. They told the prosecutor and the prosecutor buried it. The prosecutor has since become a judge. Judge Felicia Cooley buried evidence that could have exonerated Aldridge.

Cooley also made sure to bury another piece of evidence. She deleted it from that system and that was a problem for both McCall and Detective Dante. McCall reached out to Dante because she knew he was a do-gooder who wouldn’t rest as long as an innocent man was behind bars. McCall also called him because she knew they could trade information and so she told him about the evidence that Cooley buried.

He also told her the name of the former detective on Aldridge’s case. Dante couldn’t reach out to the detective because they got a call from Aldridge’s son and the police were later able to arrest him. Aldridge was back behind bars. He escaped prison wanting to clear his name because his son was struggling with being a murderer’s son and yet it was his son who turned him in.

McCall was still trying to prove Aldridge’s innocence. She couldn’t fix his family as well and so she focused on his innocence. Her people spoke to a detective on the case. They found out that there was a witness statement that claimed they saw another man at Carol’s home that night and their description matched a doctor from Carol’s hospital. She truly did find a man behind the pill mill crisis in the area.

His name was Connor Gerahty. He was the son of Cooley’s best friend and so that’s why she buried the evidence. She wanted to protect her friend’s son. She also wanted to make her career from the case and she did. She spun a story for the media about a low-income man terrorizing the wealthy. It also helped her to become a judge and so the evidence against her had to be air-tight to take her down.

McCall once again turned to Detective Dante. Dante was second generation NYPD and his father was forced int retirement after being accused of being dirty. Dante had to follow the rules just for people to take him seriously and so he understood what it was like for Aldridge’s son.

The killer was living with his own moniker as a killer’s kid. He turned in his father because he hated what his father’s reputation did to his and so Dante wasn’t just taking down a bad judge. He was restoring a son’s faith in his father. Dante turned to an ADA he trusted and she did the work. She found evidence against the judge. She forced the judge into confessing. The judge was later taken into custody and the real killer was finally arrested.

The doctor is going away. Aldridge was pardoned. Aldridge returned to his family and he and his son took the first steps in repairing their relationship. It was so inspiring that it made McCall talk to her daughter. She found out that Delilah and Jasmine fell out because Jasmine became fake woke. She started going to protests just to get likes on Instagram. McCall had thought she should force her daughter and Jasmine to hang out, but she later realized it was best to let her daughter handle her own life.

McCall and Dante talked as well and he told her that eventually he’ll come after her for all the crimes she commits.