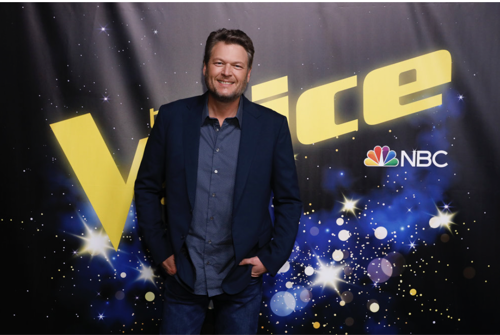 Tonight on NBC’s Emmy Award-winning musical competition The Voice airs with an all-new Tuesday, November 9, 2021, season 21 episode 16 “Live Top 20 Eliminations,” and we have your The Voice recap right below. On tonight’s The Voice season 21 episode 16 “Two artists from each team are revealed as safe by America’s votes; each coach selects one more artist to move forward; the next highest vote earner from each team competes in the Wildcard Instant Save joined by the winner of the Comeback Vote.”

In Tonight’s The Voice episode one singer of The Voice will move forward from each team with some of the singers who don’t advance able to possibly secure a wild card. Team Kelly hits the stage first. Katy hopes she will advance and be able to show off even more of her talents. Getting right to it, the trio a Girl Named Tom and Jeremy have been saved. Kelly saves Gymani after feeling torn.

Team Legend takes the stage. Jershika has been saved as well as Joshua. John saves Shadelle. She is in disbelief. On to Team Ariana, Jim and Sasha are moving on. America also saved Holly. She is in shock. Ariana can only save one. She cries as she chooses Riley.

Team Blake takes the stage. America saved Wendy. Paris has also been saved. Blake now has to decide to save. He goes with Alana. She is now with the top 13.

The singers who didn’t make it will now sing to see if they can make it for a wild card. For Team Kelly, Hailey will stay and sing. From Team Legend, Samuel will stay while David will leave. For Team Ariana, the artist with the most votes is Bella. Raquel will go home. Last, Team Blake will see Petey stay. The Comeback artist, Vaughn, will try one more time to move forward.

At a quick pace, the singers take the stage to perform for a wild card. Samuel sings first with Carson commenting it was his nest performance. Bella sings for Team Ariana. Ariana is impressed and hopes she gets a wild card. Peedy is next. Blake thinks he is so unique.

Hailey takes the stage next. Kelly is so impressed. She wants her to be saved. Vaughn is up. He is the comeback artist looking to be saved. Ariana thinks he did such a stunning performance.

Voting has now begun. America has 5 minutes to save their favorite. All of the coaches speak to their singers. The votes are now in. Hailey is the winner at just 14 years old!