The Young and the Restless Spoilers: Amanda’s Pregnancy – Distracts Devon From Chance’s Return to Dominic & Abby? 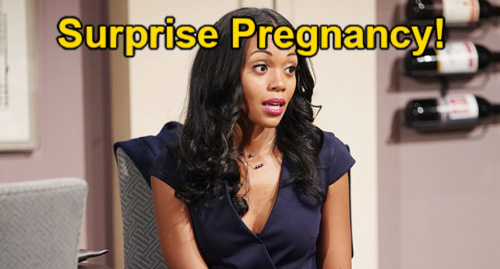 Since Devon’s bond with Dominic is so strong, he’s been feeling the need to step up for his biological son more and more. That’s particularly true since Abby’s been out of her mind with grief and keeps making risky, impulsive decisions.

Devon just wants to help Abby do what’s best for Dominic – and visiting a dangerous explosion site in Spain certainly doesn’t fit the bill. Of course, Devon is acting like a devoted father should, but there are a couple of problems here.

Devon is the bio dad, but Chance is the adoptive dad who’ll ultimately want to claim Dominic as his own child.

How will Devon feel about that? Devon will no doubt lash out at Chance for abandoning Abby and not being around for Dominic’s birth or first few months of life.

There might even be some custody drama in the works, but Y&R seems to like the idea of having Chance, Abby and their baby as a happy family in the end.

The show could’ve genuinely killed Chance off if they wanted to, but they’re choosing to bring the character back in the form of a recast instead.

We also saw plenty of nods to Chance and Abby’s history in Abby’s recent dream episode, so they seem like the couple to root for here.

With that in mind, Devon’s going to need a distraction. Could Amanda get pregnant unexpectedly and give Devon a biological baby he can keep?

There’s been a lot of talk lately about the baby Devon lost with Hilary Curtis Hamilton (Mishael Morgan), so maybe that’s in preparation for another child to fill the void.

Back in the fall of 2020, Amanda told Devon she wouldn’t be ready for a baby anytime soon. Here we are a year later – and it just might be the perfect time for a surprise pregnancy!

Amanda could also use a new path since her own Sutton Ames (Jack Landron) story is wrapping up. What’s next for Amanda and Devon? Could their next storyline involve having a child together?

The Young and the Restless spoilers say Amanda definitely has some shockers in her future, so stay tuned to see if a baby bomb is one of them.

CDL’s where you want to be for fantastic Young and the Restless spoilers, news and updates, so make us your top source.