BY hellodrdavis on January 17, 2021 | Comments: Leave Comments
Related : Spoiler, Television, The Young and the Restless 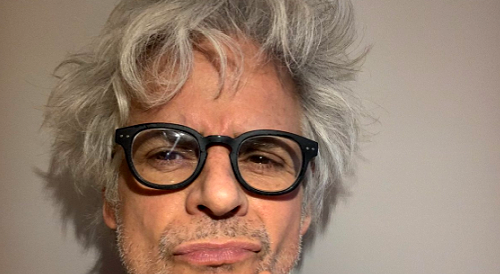 The Young and the Restless spoilers has some fun news to pass on about a popular Y&R star. Christian LeBlanc, who portrays Michael Baldwin on the CBS soap, recently caused a sensation when he let his hair go gray. Christian went from brunette to “silver fox” during the COVID shutdown on Y&R last year.

Y&R viewers might remember that when Christian appeared on screen for the first time since the production shutdown, his character Michael had gone silver and various other characters on the show reacted to the momentous event.

Fans seemed to like the change, with many commenting on social media at the time that Christian looked more distinguished.

Well, recently, Christian had some fun with his hair situation on social media. Christian posted a picture of himself on both Instagram and Twitter with his silver mane misbehaving and messy. Christian’s caption for the messy hair picture reads: “…hair by pândemíque.”

Christian has received a lot of comments in response to his “hot mess” picture from his costars and from fans alike. Stacy Haiduk (Kristen DiMera, DOOL) commented on Instagram by saying: “Hey there, handsome!!!” Ryan Carnes (ex-Lucas Jones, GH) responded with some “laughing out loud” emojis.

And over on Twitter, Maurice Benard (Sonny Corinthos, GH) replied by saying: “I freaking love that hair,” along with a heart emoji. Of course, fans may know that Maurice has recently gone a bit gray himself on social media, and he’s now sporting a salt-and-pepper beard.

Christian responded to Maurice, saying: “I don’t wear the hair…it kinda wears me…” And to that, Maurice replied: “You wear it well, my friend. Don’t touch a hair on your head.”

Lots of Christian’s fans weighed in liking the gray look as well, with one person saying: “I love it! You got yourself a healthy head of hair!”

However, one fan named Beverly didn’t seem to appreciate the change, saying: “I hate his hair.” To that, Christian good-naturedly replied back: “Well, it ADORES you, Beverly!”

At any rate, we’re happy to see Christian having fun with his new look and with his costars and fans…and we’re enjoying the look, messy hair and all. What do you think of Christian’s newest photo? Stay tuned to the CBS soap and be sure to keep up with all of CDL’s Young and the Restless spoilers, updates, and news.