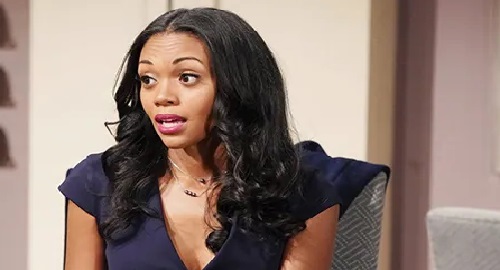 For starters, Devon will do some celebrating with Amanda as they consider their next chapter. Amanda was finally able to put all the Sutton Ames (Jack Landron) drama behind her and is looking forward to starting her new law firm with Imani Benedict (Leigh-Ann Rose).

Devon is also facing a new beginning of sorts now that he’s a godfather to Dominic Newman-Abbott-Chancellor and has been on babysitting duty. He’ll understand that this arrangement won’t last forever, but he’ll hope to continue to play a key role in Dominic’s life.

Devon will be on cloud nine as he toasts to the fresh start he’s sharing with Amanda. Their relationship will be in a great place, which is good news since Devon will need to lean on Amanda soon enough.

Chance Chancellor (Conner Floyd) is alive and will step up as Dominic’s dad before long, so Devon will have to accept that when the time comes. Until then, Mariah Copeland (Camryn Grimes) will battle frustration over Abby Newman-Abbott-Chancellor (Melissa Ordway) abandoning Dominic to search for Chance.

On top of Mariah’s concerns about Dominic, she may discover she has something else to worry about. Mariah will once again grill Noah about London and may realize Tessa knows far more than she does about Noah’s heartbreak. This could lead to Mariah finding out just how much Noah and Tessa confided in each other when they were in Tuscany.

It seems Noah will officially agree to collaborate with Tessa on the cover art for her new album, so they’ll share some nice bonding moments in front of Mariah. Y&R fans will see Mariah looking uncomfortable and perhaps even a bit jealous over the exes getting along so well.

Other Young and the Restless spoilers say Adam will enjoy making Billy miserable during a run-in at Crimson Lights. After Adam asks how early retirement is going, Billy will no doubt have a snappy comeback.

Things could escalate quickly once Adam gets under Billy’s skin, but it appears Lily Winters (Christel Khalil) will show up in time to send the guys to their corners. As other info rolls in, we’ll bring you updates.

Y&R spoilers say Adam will continue to push buttons all over town, so stay tuned for more conflict. CDL will have lots of other fantastic Young and the Restless spoilers, updates and news to check out, so stop by regularly.