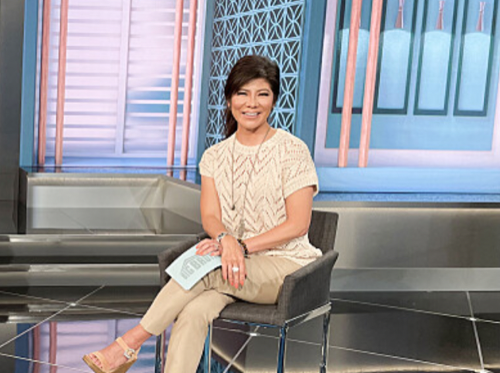 Tonight’s Big Brother episode begins with Terrance wanting to take a hit to the Leftovers now that Kyle spilled the beans. Joseph is trying to trust his Leftover alliance, that is the only hope he has this week. Meanwhile, Turner is super confused, he thought he and Terrance was ok. As of right now, Kyle is thrilled that he and Alyssa were not put on the block.

Terrance tells Joseph that his nominations were strategic, his big move is to get rid of Kyle. He tells Joseph to work hard to win the Veto. This is all lies, Joseph is absolutely Terrance’s target and if he doesn’t win the Veto, he is going home. Joseph doesn’t believe Terrance. The Terrance sells Turner a bunch of fluff.

Kyle did what he had to do to save himself and Alyssa week, meaning spilling the beans about The Leftovers, and he thinks Joseph would have done the same thing if he had thought of it first.

Jasmine is no ok with Michael nominating on her birthday week and vows that she will win he Veto and take herself off.

Time for the Veto meeting. In the lounge, everyone is treated to VIP and they have to look around at all the items and mesmerize them. Michael just doesn’t want Jasmine to win, he doesn’t want to be forced to send a Leftover home. Taylor is the first one out, then Monte. Brittany land slides a win in this Veto competition and Jasmine is bummed. Michael is thrilled that he and Brittany have all the power.

Jasmine pleads her case with Brittany to stay in the game, but it is clear how disinterested she is.

Michael, Taylor, Monte and Brittany are talking and they say if Joseph is eliminated in Dyre Fest they know Kyle is involved and need to take him out next, or he will take out one of them.

A big part of Michael’s game is fanning the flames and if Monte doesn’t come back, there is going to be a huge problem with the Leftover alliance. Kyle already showed a willingness to go after the Leftovers, and Monte says that is BB suicide.

Kyle and Alyssa are in the hammock, he tells her that he had to choose her or his alliance and he choose her. She is slightly annoyed, but it is ready to turn a new leaf with Kyle and they hope they can dominate the game. If he wins the Veto the Leftovers are going to expect him to use it to take one of the Leftovers off the block and put of Alyssa.

Time for the Veto competition in Dyre Fest. They have to build their own comp from items that landed in the backyard. They have to transfer fifty lunch containers without dropping them. Taylor knows the only way to feel safe this week is to win the Veto. Meanwhile, Alyssa wants to win the Veto to save herself and Kyle. Terrance is determined to win, he wants to make a big move. Unbelievable, Terrance won the Veto, he has all the power in Dyre Fest. Kyle says they all thought Terrance was a dud and now he is a stud!

Joseph is amazing, he still is trying to stay true to his Leftover alliance yet Kyle is ready to see him be evicted. Meanwhile, Kyle is working overtime to get Terrance on his side.

Terrance tells Joseph that Kyle has been gunning for him and told him all about the Leftovers. Joseph feels so betrayed, he feels like he was played for a fool. Terrance is stirring the pot. Joseph warns Terrance that when Kyle has the chance, he would do the same thing to him.

Time for the Veto meeting. For BroChella, Brittany decides not to use the Veto. For Dyre Fest, Terrance decides to use the Veto to take Turner off the block and replace him with Kyle. Terrance says this will give them time and dialogue to move forward. Turner is smiling and Kyle looks devastated. Joseph has a glimmer of hope, he needs to take a bing swing.