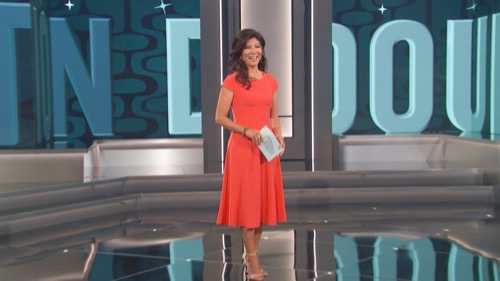 Tonight’s episode begins with Michael being evicted. Britany feels betrayed by what Michael said in his speech, he took it too far and he didn’t need to do that. Getting Michael out of the house was huge, Monte is so happy that they pulled this off. Turner is hyped up that Michael is gone, but that was not the original plan. His target was Brittany because she made deals with everyone in the house.

We get to see Turner when he spoke to the houseguests one by one and his plan was indeed to get rid of Brittany. Monte won the Veto and he was thrilled to beat Michael. He knows he had a final three with Turner and Michael but this might be the only opportunity they have to get rid of Michael. This was all Monte and he told Michael that he was going on the block. Michael tells him that he could have taken three shots at him and he didn’t. And, outside that room, Turner tells Brittany that Michael is going on the block, they are going to backdoor him. Michael leaves the room and grabs Taylor and Alyssa into a room and speaks to them, pleads they take the power out of Monte and Turner’s hands. After Michael is put on the block, the final five have time to talk before the eviction and Michael runs around the house and begs the girls to save him. Then, Michael reminds Turner that he said he would never take out an LGBTQ person.

After Michael leaves the house, Brittany is crying and says she is angry about the way Michael went out, he didn’t need to say the things he did.

Turner and Monte talk, they think they can easily win the game now that Michael is gone. Brittany feels the same way, if she wins HOH, Turner is gone.

Taylor thinks Turner needs to go up, he won three HOH and so did Michael, it is time. She plans on taking out the next biggest target and that is Turner.

The HOH competition is going to be played one houseguest at a time. One by one, they enter a haunted house and have to barricade six doors throughout the house, in the dark.

Monte says there is no way he is going to put up Taylor or Turner.

Now that Michael is gone, Brittany is playing the game solely for herself. She tries to work on Monte and show him that there are other, bigger targets in the house than her.

Monte feels good about where he stands with Taylor, he really trusts her. They talk about taking Turner out next and Monte is ok with that, as long as Taylor does it, he doesn’t want the blood on his hands.

Time for the nomination ceremony, the first houseguest nominated is Brittany, followed by Alyssa.