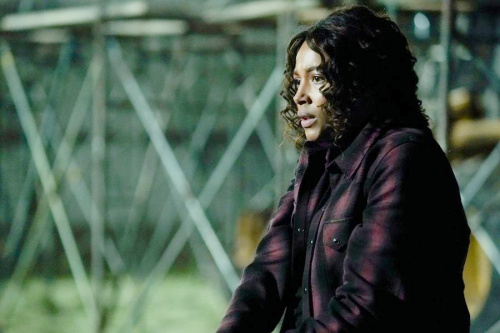 Tonight on ABC their new thriller by David E. Kelley, Big Sky airs with an all-new Thursday, March 12, 2022 episode and we have your Big Sky recap below. In tonight’s Big Sky season 2 episode 12 ‘A Good Boy,’ as per the ABC synopsis,“Determined to save Max and Rachel, Jenny reluctantly partners with T-lock but quickly learns not everyone deserves her trust. Meanwhile, with Cassie and Lindor close on their trail, Scarlett prepares to do whatever it takes to keep her and Ronald safe. Later, realizing their father has not laid all cards on the table, Ren and Jag form an unexpected alliance to uncover the truth.”

In tonight’s Big Sky episode, Scarlett went on to take a couple of people hostages. She was holding a doctor and his wife at gunpoint and she wanted them to work on Ronald. Her beloved Ronald. She told him that her husband was sick and that he needed medical attention.

The doctor knew by just one look that Ronald’s health on the decline. He tried to suggest a hospital and that’s when Scarlett pulled out her gun. She was demanding Ronald be saved or she was going to start killing people. The doctor’s wife was tied up. The doctor’s hands were allowed to go free as he treated Ronald and the whole time the doctor just kept saying he needs a hospital.

But a hospital was out of the picture. Scarlett knew she and Ronald would be arrested if they went there and so she demanded that the doctor treat Ronald at his home. The doctor did everything possible for Ronald. He even found the tracker hidden in Ronald.

He gave it to Scarlett and he told her what it was. He said usually it was for pets. Scarlett then tried to destroy the tracker. This was happening as Jenny and the local police were operating a sting. They outfitted someone with a wire. They then sent him into enemy territory hoping to gain information on the dangerous men operating in their backyard. And the plan ended up go sideways.

Their informant was asked to ditch his car. He was made to walk on foot for a while as he was being directed by the man on the other end where to go and so T-Lock should have flagged them down. He should have made them aware of the change in plans. Yet, he didn’t. He walked into a potential trap without any backup and now its on him to survive it. Jenny and Travis were at a loss of what to do. It was already night out. They couldn’t track T-Lock un the dark, but it seems he didn’t need their help. T-Lock had a gun. A gun who pulled on the guy holding Max and Rachel. And he then demanded to know where they are.

Things got out of hand. T-Lock shot the kidnapper and the kidnapper killed T-Lock. He later died in Jenny’s arms because she and Travis were able to track him down. Jenny stayed with T-Lock. Travis went after their killer. During all the chaos, Max and Rachel had gotten free of the restraints. They turned on the headlights of the car they were in and that’s how Jenny was able to find them. Across town, the Bhullar family was dealing with a new member. Ren and Jag have never been the closest siblings, but they agreed to an alliance once they started noticing how their father was listening too closely to his new girlfriend.

The girlfriend could pose a risk to them. Especially if she manages to convince the old man to grant her shares in the company. The siblings decided to form an alliance over the issue and they both were going to take different approaches to kicking the girlfriend out of their family. Back with the Ronald hunt, the hunt changed midway. Everyone thought they were looking for Ronald when they followed the readings on the chip. Only it led back to the doctor’s wife. She was forced to swallow the chip and drive off or else they were going to kill her husband. The wife told Cassie everything. Cassie continued to pursue Ronald.

Albeit, with a little help. The wife had seen where Ronald and Scarlett left with the doctor. She directed Cassie and Mark there. By time they arrived on the scene, Ronald was gone. Scarlett was dead. She was killed by the doctor as he tried to make his escape. But Ronald ran off soon after that and he left behind Scarlett’s daughter. Ronald was still in the nearby area when Legarski came across Ronald. The guy tried to kill Ronald but Mark arrived on the scene and he shot Legarski before Ronald could be killed. Mark and Legarski ended up taking out each other. And unfortunately Ronald got away in the chaos again.

Cassie knew he couldn’t have gotten far. She pursued Ronald. Ronald got the best of her when her back was turned and Ronald got a hold of Cassie’s gun. It had seemed like the end for Cassie, but that’s when Scarlett’s daughter intervened. She saved Cassie’s life by asking about her mother. And Cassie used the diversion to stab Ronald in the throat.