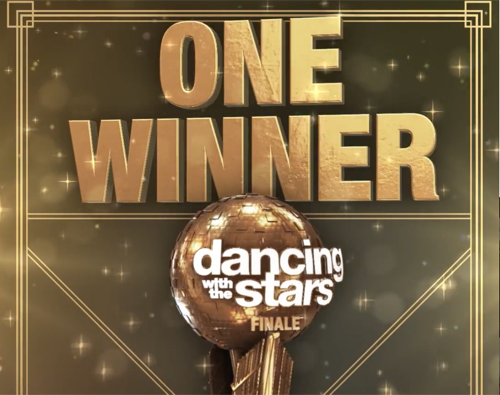 Tonight on ABC Dancing With The Stars  airs with an all-new Monday, November 21, 2022 finale episode and we have your Dancing With The Stars recap below. On tonight’s DWTS Season 31 episode 10 called, “Finale – “Winner Chosen,” as per the Disney+ synopsis, “On tonight’s episode the four finalists perform their final routine in hopes of winning the Mirror Ball Trophy.  Each couple will perform a redemption dance and an unforgettable Freestyle routine.”

So sit back, tune in on Disney+ and enjoy a great show accompanied here by an amazing real-time DWTS recap!

Tonight’s DWTS episode is the season finale and everyone’s glammed up. All eyes are on the finalists as they perform their last dances. First, we take a look back.

Judges Comments: Bruno: “Your performance was more sparkly than mine. I like the old-school Hollywood glam.” Carrie Ann: “You excite me. You have grown and that is what redemption round is about, there was a mistake.” Len: “The improvement was vast, it was fun, full of energy, and dynamic.” Derek: “You have opened the door to new possibilities on the show and you have been fantastic, well done.”

Wayne Brady and Witney Carson: redemption quickstep is chosen by Len Goodman “([Your Love Keeps Lifting Me] Higher and Higher” by Jackie Wilson)

Judges Scores: Len: “I so enjoyed working with you, I thought your fame was stronger. It needed a little more movement. I am a fan of yours, but it could have a bit more flow.” Derek: “I love seeing the competitiveness in this show, I agree with Len, but your frame was better.” Bruno: “It doesn’t matter what you do, you make it look good. There was an error, but as a performance it is unbeatable.” Carrie Ann: “Your posture, your frame was so good, you were so balanced. There was a bit of out of synch, but you are amazing.”

After 17 years, the longest-serving pro-Cheryl Burke announced that she is hanging up her dancing shoes. She was the first one ever to win a Mirror Ball trophy, she was also the first to ever win two trophies back to back. Cheryl says she is going to miss her family on the cast, behind the scenes. She thanks the pro dancers and the celebrities.

Judges Comments: Carrie Ann: “That was remarkable, you have improved so much. This is you, thank you, fantastic.” Len: “It is hard to improve on your redemption dance because last time it was great and this time it was fantastic.” Derek: “It’s hard to believe that three years ago you were dancing in your living room and here you are on the biggest stage doing a jive like that.” Bruno: “Hooray, for the queen of jive. That was as good as I have ever seen, well done.”

Selma Blair is back, dancing to a special arrangement while Jordan Sparks sings.

Judges Comments: Derek: “You have a superpower of embodying every dance, you were born to perform There was a calmness and a strength.” Bruno: “I like it a lot. It was just so sexy, but just the right way, those legs are stunning.” Carrie Ann: “That was by far your coolest performance. Your movements were slower, more confident, and amazing.” Len: “I like it just like that, great technique, there is a chemistry between the two of you and it comes out in your performance.”

The celebrities who were voted out previously, perform on stage together.

Last week Len Goodman announces that he will be retiring after 17 years on Dancing With The Stars. He got the call three days before the first show, he says who is he, he is just a dance teacher. He thinks this is a good time to hang up his judging pin. All good things must come to an end. He met some of his heroes, he got to do the twist with Chubby Checker. He is going to miss the judges.

Len is gifted with his very own Mirror Ball trophy.

Wayne Brady and Witney Carson dance freestyle to (“Get Up” by Ciara feat. Chamillionaire and “24K Magic” by Bruno Mars)

Judges Comments: Len: “I enjoyed watching you throughout the season, it a naturalness. You are never false, this gave you an opportunity to show your dancing ability. There was lots of content, well done.” Derek: “I was a fan of yours before this but now I am a fan for life, well done. You are sensational, I love what you do, the popping and locking. Well done, a perfect freestyle.” Bruno: “You have a smash hit in your hands. You always perform like the greatest showman on TV.” Carrie Ann: “You have always been magical on the dance floor, that was so ridiculous, you were off the chart.”

Judges Comments: Derek: “It is very special the bond you have with your partner, I know what it is to lose the love of dance, and I am happy you both found it. Your connection was so powerful.” Bruno: “That was excellence, a celebration of dance in all its forms.” Carrie Ann: “I have too much respect for you, you could have done the youngest coolest moves. But you did the most difficult.” Len: “Nothing gets me emotional anymore, no one has got tens six weeks running, you had from me. This is a culmination of everything, fantastic choreography it was spectacular.”

Judges Comments: Bruno: “Illegally hot, I love a girl who knows what she wants and goes to get it, freestyle is my style honey.” Carrie Ann: “You are so impressive, something shifted, I see it. I am proud of you doing this journey.” Len: “You had so much charisma even when you had a slight wardrobe malfunction. This freestyle shows what a great dancer you are.” Derek: “I absolutely loved it. It was perfection, you are incredible, it was fierce and it was strong.”

Judges Comments: Carrie Ann: “Dance has the power to transform people but when you dance you transform generations you are so inspiring. You have come from the bottom and climbed your way up. Len: “For the first time in 31 seasons I forgot to vote because I was mesmerized.” Derek: “We have never seen something like that on this show, it was amazing. I couldn’t imagine a better way to close off a season.” Bruno: “Two show-stopping sensations, what a finale, you two are the crowning glory of the season.”

Time for the final results.

The couple in fourth place is Shangela and Gleb.

In third place are Wayne and Witney.

In second place are Gabby and Val.

The Winner of Dancing With The Stars is: