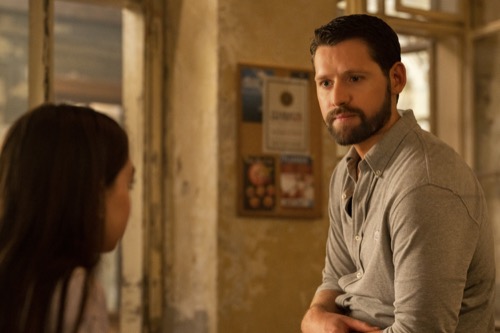 Tonight on CBS FBI: International airs with an all-new Tuesday, September 27, 2022 season 2 episode 2, “Don’t Say Her Name Again” and we have your FBI: International recap below. In tonight’s FBI season 2 episode 2 as per the CBS synopsis, “When a local predator begins extorting underage American girls online, the Fly Team attempts to bring the offender to justice with on-site help from one of the victims. Also, Kellett decides she should find a roommate.”

In tonight’s FBI International episode, an online pervert was harassing teenage girls. He would get photos of them. Of them without their clothes and he would threaten to send it to their whole school if they didn’t want what he wanted. There was usually one girl who tried to fight back by saying she would go to the police. But he would tell them “good luck with that”. He wasn’t in the United States. He said the authorities couldn’t touch him and so the authorities contacted Supervisory Special Agent Scott Forrester’s team. They began looking into it. They realized the predator they were after had slipped up with one of his victims. He admitted his screen name was MenoKid.

MenoKid was based in Budapest. Meaning he was right in Forrester’s backyard. Forrester and his team went digging into MenoKid and they found out that he was in communication with another predator. Someone who went by BlackPenj. BlackPenj was identified as Andar Molnar. He was Hungarian. He served six months on a child pornography charge. He was supposed to stay away from other predators as well as schools and he broke both of those rules. The FBI arrested him. They questioned him about his friend. He eventually told them that MenoKid was simply one of the man’s screennames.

The guy happens to have ten to fifteen screen names. They were all used in the same con. The pervert would make a fake social media profile of a handsome young man going to Junior College and he would convince these girls to send him pictures. One of the girls was as young as twelve. He would get them in a compromising situation and then use that as leverage into forcing them to make actual child porn. It was working right up until he met Charlotte Weston online. She didn’t react like his typical victims. She instead pretended to worship him. And he lowered his guard with her.

It’s how she found out one of his screen names was MenoKid. Charlotte was set on seeing this through to the end and she even traveled to Budapest to help with the case. She traveled without her mother’s approval. She has nowhere to stay. But she still came all the way from the United States just so that she could stop this guy. Her mother in fact called the FBI because she found out about her daughter’s trip and she thought they should be warned. The mother didn’t think it was a con to trap MenoKid. She thought Charlotte really was in love with him. And that she was helping him evade capture.

Scott’s team talked about it amongst themselves. Special Agent Kellet said that Charlotte reminded her of a younger her and that she believed the girl. Charlotte was only seventeen. She needed all the help she could get and so she convinced the team to take a chance on Charlotte. They did. They used Charlotte’s cell phone to send MenoKid a message. They traced that message back to a bar and they didn’t find MenoKid there. It turns out that MenoKid was rerouting his WiFi through a bar. He wasn’t there. He was just nearby. He also hacked the security cameras to the bar so he knew that Charlotte was working with the police.

He pushed her on it. He demanded to know if she was working with the police. Kellet told her to deny it. She did and it wasn’t enough for MenoKid. He demanded that she send him a full nude video of herself or he was going to send the rest of the information on her to publicly humiliate her. Charlotte pushed him back. She challenged him and he backed down. The team meanwhile followed the security cameras back to MenoKid’s apartment. It turns out he lives with his mom. His real name is Deco Horvath. He looked nothing like his online persona. He was just some lonely young man who realized he could befriend his fellow perverts.

Horvath wasn’t at his mom’s place when they went looking. He went on the run. He even made them wipe his computers because they didn’t realize they triggered his escape plan and so they wanted to use Charlotte again. There was just one problem with that. Her mother showed up. Her mother refused to believe Charlotte was helping. She tried to intimidate the FBI. She told them it was her daughter and none of their business. She completely ignored the fact that Charlotte is seventeen. They didn’t need the mother’s permission to talk to her. Especially when she’s not a suspect.

Charlotte continued helping the FBI. She sent Horvath a video of herself saying she’s in London. She admitted she snuck away from her mother and that they could finally meet in person. Horvath was so tempted that he opened the video. It helped pinged his location. He realized Charlotte was a liar. Just not before they found him at the airport. Deco had tried getting a ticket to London and he was arrested before he could reach his phone. He was later interrogated where he admitted he could name names of his pedophile friends. The decision was put to Charlotte. They could get her for the crimes against her or grant him a lesser sentence in Hungary.

Charlotte chose to take down the ring. All she wanted in exchange was to say her peace to Deco. The FBI granted her this favor and she got to tell her abuser off. He tried to tell her she was different, but the FBI shut him down before he could sprout more lies.

Charlotte was also offered a job in a Victim Advocacy Group and she said she couldn’t wait to help other girls in the same situation.

And afterward, Scott’s team went back to that bar and they brought them so much-needed business.