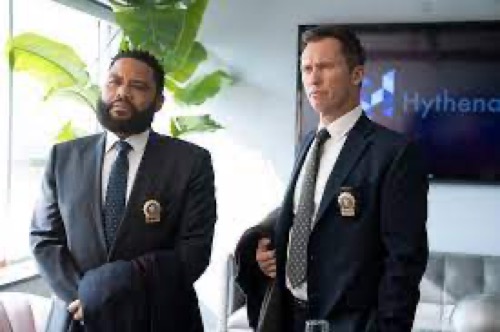 Tonight on NBC Law & Order returns with an all-new Thursday, April 14, 2022 episode and we have your Law & Order recap below. On tonight’s Law & Order season 21 episode 6 “Wicked Game,” as per the NBC synopsis, “When a young man is found dead of an apparent overdose, Dixon fiercely pursues a homicide investigation as an old unsolved case comes back to haunt her.

Price and Maroun risk putting a witness in harm’s way to expose their suspect and reveal the monster underneath.”

Tonight’s Law & Order season 21 episode 6 looks like it is going to be great and you won’t want to miss it.

Lieutenant Dixon was helping a homeless man that was being harassed by a couple of punks when the call came in. There was a new murder in her district and her squad was working it. Cosgrove and Bernard. Those two were working on an impossible case. They were brought in to investigate a possible overdose and the victim had ligature marks on his wrists. He was also found in a suitcase. Everyone assumed it was a sex game gone wrong and unfortunately the police didn’t have a name to go with the body. They started asking around at the local gyms. They eventually found someone who identified the victim as Darian Daniels. He was a gay young man in the prime of his life. He was also black.

His parents wanted nothing to do with him after he came out as gay. They had apparently asked him if he wanted to go to counseling to “fix” his homosexuality and he turned it down. From that point, the parents barely had anything to do with Darian. Not even his brother was talking to him. Cosgrove later said that it didn’t make sense that black parents would be prejudicial against their own son. He said it was 2022 and not 1984. Bernard agreed with him, but he also mentioned that there were still problems on Cosgrove’s white side and that everything needed to be fixed. Not just the one side of the problem.

But back to the case, Darian was last seen at a Swanson House. He was attending a party filled with other gay men and he met up with Senator Jack Nathan. Nathan was a married man. To a woman no less and yet he freely admitted to the police that he attended a party filled with gay men looking to hook up. The man who owns the house, the Swanson of Swanson House, had at first denied all knowledge or connection to Darian. Even though it was later proven Darian was found in his suitcase. This guy only finally started telling the truth when they got a warrant for his house and that’s when he mentioned that he was dating Darian.

Darian was twenty years old. Swanson was somewhere in his fifties. Swanson also said they dated casually and that they were at the party for different reasons. He also said that he never uses drugs. He didn’t see anyone using drugs at the party and so he was claiming that Darian took them all on his own. Which went against what the Medical Examiner’s report said. It said that someone shot up Darian with drugs several times that night. That’s why he overdosed. It was because someone kept giving him the drugs and Darian couldn’t have done it because there’s no way an addict or even a casual user would have shot up in such quick succession. They would have been too busy riding the high.

The police didn’t have anything to hold onto Kyle Swanson. They let him go as they continued to investigate and they eventually found out that Swanson liked to use a certain bar as a hunting ground. He would pick up beautiful men. They had to be poor. They especially had to be black. The detectives talked to one of these guys and he mentioned that Swanson has a type because he has a slavery fantasy. He likes to believe he’s the overseer. He would tie up men and shot them with drugs. He got off almost killing them. He almost killed Andre. Andre woke up in the hospital after a six-day coma and that’s when he realized he had to get away from Swanson.

Swanson never used the drugs himself. He just shot up his victims. They usually stayed or sometimes went back to him because Swanson pays them. It’s why they had to be poor. It’s why he only chose those that were desperate. He wanted to play God with a bunch of men who couldn’t argue against his money or his many resources and friends in power. But Dixon had been acting off about this case. Cosgrove asked her about it and she told him about a murder case from two years ago. The victim was found naked of a drug overdose. He was black and poor. She never got anywhere in finding out who killed him and eventually she had to drop it for other cases.

Dixon believes Swanson was a serial killer. He’s been killing men that the system often doesn’t care about because they didn’t come from money and everyone just assumed the black guy would be on drugs. It also didn’t help that Swanson’s victims had families that were too far away or who weren’t talking to them. The detectives arrested Swanson for murder. The ADA even agreed to try this as a hate crime because Swanson was only targeting black men. Price was going to Andre and one other victim by the name of Jalen on the stand to testify. Everything was lined up. Then Jalen disappears. He leaves town without a trace. And then Andre dropped out because he had a lawyer who told him he risks going back to jail if he admits drug use on the stand.

The case was falling apart. Swanson had chosen his victims well. Dixon had tried talking to his probation officer and that guy was by the book. He would put Andre back in prison if he found out that he took drugs. Dixon thought they should let Andre go and Price refused. He said the whole case would fall apart if they didn’t have Andre. He pushed Andre into testifying. He got Andre to admit he took money for sex and that he let Swanson shoot him up with drugs. And after all of that, Swanson was found guilty of Darian’s murder.

Dixon meanwhile met with the head of parole to put in a good word for Andre.