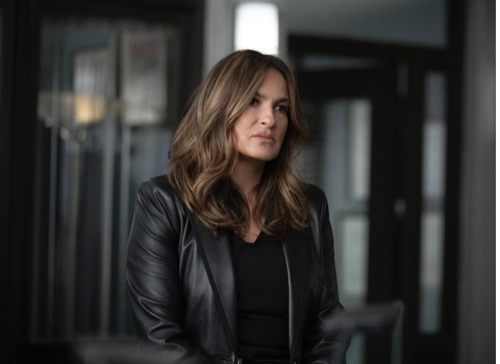 Tonight on NBC Law & Order SVU returns with an all-new Thursday, May 19, 2022 episode and we have your Law & Order SVU recap below. In tonight’s Law & Order SVU season 23 episode 22 “A Final Call at Forlini’s Bar,” as per the NBC synopsis, “The SVU provides help and protection for a longtime domestic violence victim, but when she winds up at the defendant’s table in court, Rollins surprises Carisi with a formidable opponent at trial.”

Tonight’s Law & Order SVU season 23 episode 22 finale looks like it is going to be great and you won’t want to miss it.

Tonight’s episode begins with Benson who says that Noah is thriving, and her career is going pretty well but she wakes up at 4:00 am and feels anxious and unhappy. She is speaking to her therapist and says there have been a lot of changes in the past year. He mentions Stabler. She says she is not having intimacy issues. He says she needs to see if there is more with Stabler or to move on.

Delia is in the station, she is a victim of domestic abuse, and she is meeting with her counselor. Delia goes home, she is on the phone with the super as she is opening the door and says she needs the locks changed. Once inside she sees her husband Ty and tells him that he is not supposed to be there. She asks him to leave or she is calling the cops, but he says she is not. He gets up and goes after her.

Fin is outside at a café, playing a video game on his phone. Carisi is playing basketball, and Velasco is with him.

Delia is outside, she has a baseball bat in her hand and she is smashing a police car, two officers come out of the car guns pointing at her. Rollins is nearby and she intervenes, she calms Delia down and tells the officers to put down their guns.

At the hospital, Rollins speaks to Delia, she begs her to arrest her so Ty can’t get near her.

At the station, they are talking about the case, Benson tells Fin and Velasco to pick up Ty at his construction site. Meanwhile, Delia calls Rollins and she wants to modify the order of protection, she thinks things will be less tense. Then she hangs up. Ty is in her apartment, Delia tells him that he can go now and he says no.

Benson tells Delia that she needs to get Ty out of her life. Rollins tells her that if they charge Ty with a rape he goes away. They have his DNA in a rape kit and her accusation.

In court, Ty pleads not guilty. Ty’s lawyer says it takes to tango, bail is set at $50k and he has to wear an ankle bracelet and can only go from home to work.

Rollins tells Benson that Delia is alone in the world and this kind of case makes you feel helpless. Benson tells her to go home to Carisi. Delia calls Rollins. They head to Ty’s place, Delia stabbed Ty in the back with a kitchen knife. She says she forgot her phone charger, and he wouldn’t let her leave, she just wanted to be free.

Rollins visits Delia in jail, she says she is good, and she feels safe. They go into an interview room, she says she had 1% and went to go get it. He wouldn’t let her leave, he grabbed her hair and dangled the cord in front of her. She went into the kitchen, she took the knife off the kitchen table and she couldn’t get out. She didn’t call Rollins right away because she had to charge her phone first. Her lawyer wants her to take a deal. If they take it to trial, she might get 15 years. Benson doesn’t think her lawyer is competent.

Carisi is going to wait 24 hours before he finalizes a deal.

Benson heads to Forlini’s bar and meets with Barba, she says thank you for taking Delia’s case, he explains that Rollins called him.

In court, it is determined that Delia stabbed Ty in the back. Benson is on the stand and she says a victim can fear for her life even if her abuser has his back turned.

Rollins tells Carisi that she asked Barber to defend Delia, he is upset.

Delia is on the witness stand, she says she felt trapped like she had to get out. She grabbed the knife because she was afraid. She heard him laughing, she knows that laugh and she knew that if he turned around and saw her with the knife he would kill her. She charged her phone and called Rollins. Carisi asks her if she could have just run out of the door. Couldn’t she just have stayed home in her locked apartment and waited until the morning? Barber keeps objecting and says he is badgering her. Delia is crying, she is shaking and Carisi asks her when she realized that her husband was dead, and how did it make her feel. She says she was happy, he was dead and she was alive. They go to recess.

Back in court, Delia’s psychiatrist is put on the stand. She was suffering from chronic CTE which would be the result of years of traumatic injuries. Delia says her husband would hit her in the head, and slam her head against the wall.

Barba wants an apology for bringing this to trial. Ms. Maxwell agrees to a deal, and Carisi feels relieved.