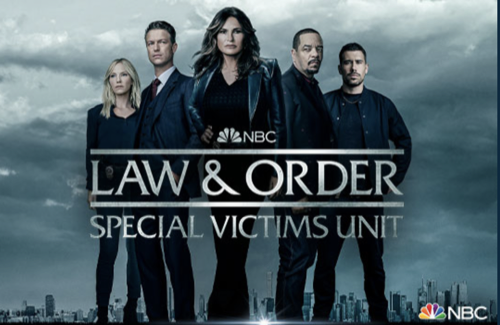 Tonight on NBC Law & Order SVU returns with an all-new Thursday, September 29, 2022 episode and we have your Law & Order SVU recap below. In tonight’s Law & Order SVU season 24 episode 2 “The One You Feed,” as per the NBC synopsis, “The SVU works overtime to catch the teens that are targeting tourists; McGrath works with the Bronx gang to follow an important lead.”

Tonight’s Law & Order SVU season 24 episode 2 looks like it is going to be great and you won’t want to miss it.

In tonight’s Law & Order SVU episode, unfortunately, subway crime was up. Something that a family from Ohio chose to ignore. They were visiting the city because one of their daughters was looking at colleges there and they thought the subway would be quicker than an Uber. They took a chance on the train. It didn’t work out. They sadly fell victim to a gang out of the Bronx. The gang attacked the father with a machete and raped the fourteen-year-old daughter. The family got off the train the moment they were free. This was the case that Detective Rollins caught on her first day back after being shot. She and her unit were investigating the attack because the attack was done to carry out the rape.

But they had to work with the gang unit for this case. The boys that attacked the family had spray-painted the logo “BX9” before they fled. Captain Benson was wondering what a gang from the Bronx was doing so far south. The gang unit didn’t have an answer to that question. They also didn’t ask for permission before they basically moved into Benson’s squad room. Benson thought the Chief would at least have given her a heads up, but he was more like ask forgiveness than permission sorta a guy and he was also set on closing this case as fast as possible. An attack on tourists didn’t make the city look good.

It got even worse when the father who was attacked with the machete later died from his wounds. The gang had stolen his phone before attacking him and it turns out they stole a couple of hundred from one of those banking apps. Which the gang unit said is normal now. The gangs don’t just snatch wallets now. They grab phones and try to get as much from the banking apps as possible. Before ditching the phones. Some cops later found the father’s phone in a nearby dumpster. They asked the remaining family members to identify anyone who looked familiar through some screenshots. And they identified the men who attacked them.

The gang unit wanted to take their time before they made arrests. Benson told Duarte that she doesn’t answer him. She was going to arrest the men that raped a child while her father was dying. She ran the lead on the case. So, she had her people go in to arrest the gang members they had. They arrested Sabo. Sabo was so scared of being put in a cell next to the rival gang that he flipped on Ricky. It was Ricky’s idea to rape the girl. Only Ricky didn’t want to flip on anyone. Sabo lawyered up. They found Matisse thanks to his baby mama. She was told that Matisse participated in a rape and the part she was angry about is that he kissed the girl.

The baby mama gave Matisse up. He got shot in the arrest. He didn’t make it and so the only other person from the gang that needed to be arrested was Sleep. Sleep murdered the father. He was wanted in several other open murders. The gang unit has been after him for a while. It turns out Sleep even sent a message to Captain Duarte. He lit the man’s mustang on fire outside of the man’s home. Something that didn’t come out until after Duarte was the first to follow Sleep and Sleep fell off a roof to his death. Benson suspected Sleep’s death wasn’t an accident. She wanted to wait for the medical examiner’s report and that report filed the death as an accident.

Benson’s hands were tied on this. But Benson still suspected Duarte. She suspected him and he was acting suspicious. He made Velasco an offer to join his unit and Velasco had turned him down and yet that’s not what Duarte said when he finally told Benson. He should have come to her before he approached one of her detectives. It was considered common etiquette within the police force. Duarte chose to ignore that. He also implied that Velasco was thinking it over when he wasn’t. Duarte had told Velasco that they needed to clean up their own backyard as the Italian cops did with the mob. Velasco heard him out and still said no. He was happy where he was.

Hell, even Rollins was happy where she was. Benson took some time to talk to Rollins. Friend to friend. Rollins was shot protecting a young girl and so her rushing to come back to work concerned Benson. Benson thought it might have been too soon. She asked Rollins what happened that day. Rollins went through all the details and she admitted she was genuinely scared for her life. She hadn’t wanted to die. She hadn’t wanted to leave her girls. When it looked like she might die, her first concern was her children and what was going to happen to them if she passed. Rollins sees things every day on the job. She was afraid for the future of her children if something were to ever happen to her.

Rollins was able to talk to Benson about everything. They hashed it out and they were glad this case was over. Only they were wrong. Duarte wasn’t done with this case. He wanted to flip the boys they had in exchange for intel on BX9 and take down the gang. He didn’t care if two kids got away with rape. He made his case to the Chief and the Chief sent Carisi to make a deal. When Carisi approached the two rapists with a deal, their lawyers told him that they wanted full immunity for their crimes including rape and murder. Carisi thought that was ridiculous. His boss thought the same.

They refused to drop the rape charge. The kid refused to flip on the gang boss. They instead plead guilty and Sabo got five years while Ricky got fifteen.

As for Duarte, Benson decided to recruit one of Duarte’s detectives and so Detective Grace Muncy will be joining the unit. And Velasco was going to train her.